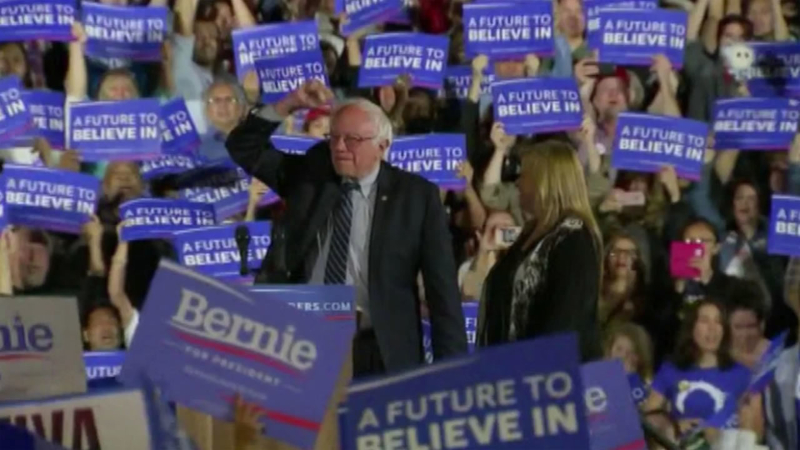 SAN FRANCISCO (KGO) -- The final numbers in California are in and Democratic presidential candidate Hillary Clinton won all nine Bay Area counties and 29 others.

President Obama and Sanders are set to meet Thursday to talk about party unity, and afterwards the president is expected to endorse Clinton's bid for the White House. But, what's next for Sanders and his supporters? He may not be ready to concede defeat. "We believe there is no nominee, that the nominee will not be determined until July 25," Sanders said.

And, according to the numbers, that nominee is Clinton. It's a disappointment for one of Sander's earliest supporters, the California Nurses Association.

But, they say it's not over yet. Roseann Demoro from Nurses United said contested conventions on both sides are not out of the question. Even if Sanders voters unite behind Clinton, Demoro said there will have to be concessions.

While Sanders supporters are taking a wait and see attitude, the Clinton campaign is already extending an olive branch.