Democrats more worried than Republicans about virus, but all concerned: Polls 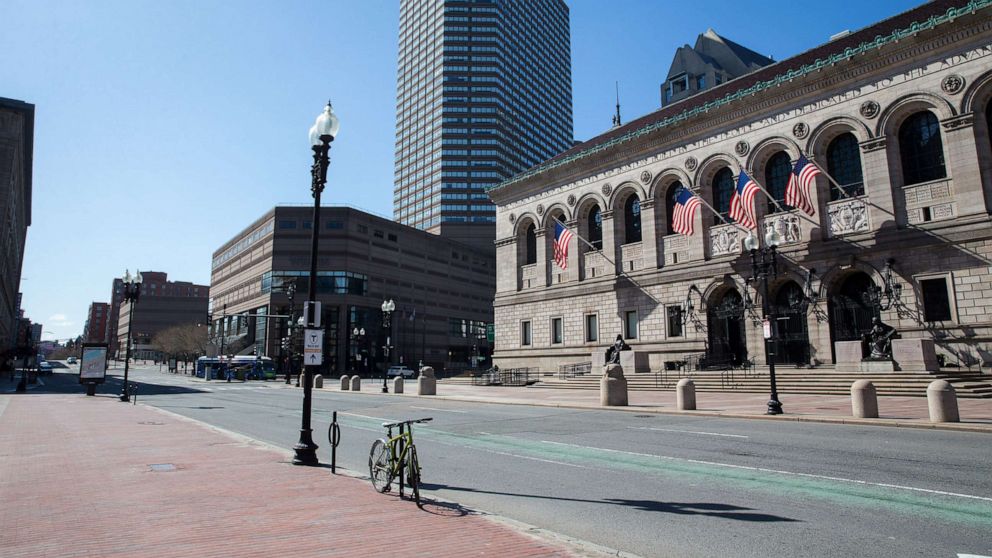 ABCNews
By QUINN SCANLAN
When the World Health Organization declared the novel coronavirus outbreak a pandemic on March 11, about half of the U.S. population said COVID-19 was a "major threat" to the health of the country, but more Democrats felt this way than Republicans, according to polling from Pew Research Center.

While the partisan divide still exists, new polling from Pew Research out Thursday shows that across the board, on both ends of the political spectrum, more Americans now consider it a "major threat" to health as the pandemic continues to rapidly spread across the United States.

According to the first Pew poll, conducted between March 10 and March 16, 59% of Democrats and independents who lean Democratic said the outbreak was a major threat to the population's health, but only 33% of Republicans and Republican-leaning independents said the same.

An NPR/PBS NewsHour/Marist College poll conducted within the same time frame, from March 13 to March 14, showed a similar, stark partisan gap: While 56% of Americans thought coronavirus was a "real threat," 76% of Democrats said it was, but only 40% of Republicans said the same.

"That's why it's pretty durable, and it's also pretty persuasive. It's persuasive because it works as a shortcut," he said.

On March 13, President Donald Trump declared a national emergency, but while he had started to ramp up his rhetoric round the seriousness of the virus, even as he announced this significant step to respond to the outbreak, his words and actions seemed at times at odds with the declaration.

Despite having come in contact with someone who tested positive for the virus, Trump shook hands with company CEOs in the Rose Garden; he doubted the country would "need anywhere near" 5 million COVID-19 tests; and he asserted "it's totally unnecessary" for asymptomatic people to be tested.

Now 10 days after, about 75,000 Americans have tested positive for the virus, putting the country only behind China and Italy, where two of the worst outbreaks have occurred. The president has recently said he wants the country "opened up" by Easter, just over two weeks away, but at least 27 states plus the District of Columbia have active, or soon to be active, statewide closures of non-essential businesses and nearly 3.3 million Americans applied for unemployment in one week, absolutely smashing the previous record of 695,000.

Jay Van Bavel, an associate professor of psychology at New York University, recently warned in a Washington Post op-ed that the differences between how seriously Democrats and Republicans are taking and responding to coronavirus shouldn't be overlooked.

"The partisanship around estimating if you thought Trump's crowd sizes were bigger than Obama's, like that seems like it's absurd, but it's completely trivial," Van Bavel told ABC News in an interview. "This is the furthest thing from trivial... You can't imagine a more serious situation where partisanship and polarization could be deathly for people."

In the Marist poll noted earlier, Democrats were more likely than Republicans to report cancelling plans to avoid crowds, changing travel plans, stocking up on food and supplies and choosing to eat at home more often.

"My concern is that people are going to take more risky behavior," Van Bavel said. "I mean, if you aren't ready for this thing, within a couple weeks, it takes hold and it grows exponentially. And so, it's really hard to turn it around at that point."

"The virus doesn't care about your party affiliation or you political beliefs," said Dr. Mark Lurie, an associate professor of epidemiology at Brown University's School of Public Health. "If you don't follow the CDC recommendations, you're increasing (the chance) that you're going to get infected and that you're going to infect other people."

Lurie said that "denialism" is something that's been seen at the beginning of other epidemics, but the more coronavirus "infiltrates our daily lives, the more people are going to take it more seriously."

While the partisan gap doesn't seem to be lessening quite yet, there are signs it's headed that way, as more Americans across the board are viewing it more seriously.

In the Pew Research study published Thursday, 66% of Americans now think coronavirus is a "major threat" to the health of the U.S. population, up from 47% in the poll published a week ago. Among Americans who identify with either party, though, the percentage of people who think this has gone up 19 points.

Notably, there's been much less of a partisan gap in some polling on coronavirus, in particular, polling about public health officials and state and local government.

In the Pew Research poll released March 18, 87% of Republicans and Republican-leaners and 81% of Democrats and Democratic-leaners said they were either very or somewhat confident that CDC public health officials were doing a good job responding to the virus. In the Marist poll, 87% of Democrats and 80% of Republicans said they trusted information from public health officials either a great deal or good amount.

"To the extent that we ask a question that's more political in nature, partisan predispositions are more likely to inform it, and as we move away from political issues, you still can have partisan influences, but they tend to subside," Langer said.

In the Pew poll out Thursday, the lack of partisanship persists.

"Clear majorities of Democrats and Republicans say public health officials like those in the CDC are doing an excellent or good job," said Jocelyn Kiley, associate director of research at Pew. Kiley added that for state and local officials, there's "very little partisan difference" in how they're evaluated, and generally, they get high marks.

This was also seen in the last Pew Research poll, when, compared to public health officials, there was even more bipartisanship agreement regarding state and local officials, with nearly the same percentage of Democrats and Republicans saying they were either very or somewhat confident in those officials. In a poll from Monmouth University released Monday, 76% of Democrats and 73% of Republicans said their state's governor has done a good job.

However, while the partisan gap around how good the response has been at the state and local level is nearly nonexistent, there is difference in how Republican versus Democratic officials have responded.

Twenty-six states have Republican governors, but of the 27 states that have either implemented or ordered the closure of non-essential business statewide, only seven of them have a Republican as their chief executive.

The four states with the most number of cases in the United States all have Democratic governors, but in Florida, the state with the fifth most cases, according to Johns Hopkins University, Republican Gov. Ron DeSantis has resisted ordering the same closures. Excluding Massachusetts, in the two states represented by Republicans with the next highest number of cases, Georgia and Texas, the governors haven't ordered these closures yet either.

In the latest Pew study, while Kiley said there was "a fair amount of partisan agreement" among Americans that steps taken like limiting international travel and cancelling major sporting and entertainment events, have been necessary, by a 20-point margin, Democrats were more likely than Republicans to say that closing non-essential businesses was necessary action.

"One possibility is that Republicans will start to take it more seriously as it starts to reach into their neighborhoods... you might see that as it spreads into more and more red states and suburbs... you might see that partisan gap closes even more because then it becomes a really undeniable risk factor for people," NYU's Van Bavel told ABC News.

"I would expect in the future, that (the partisan gap) would eventually get washed away because enough people will have had enough personal experience in their families with the virus that denialism will be impossible to maintain," said Lurie, the epidemiology professor at Brown.
Report a correction or typo
Related topics:
abc newsnational
Copyright © 2020 ABC News Internet Ventures.
More Videos
From CNN Newsource affiliates
TOP STORIES