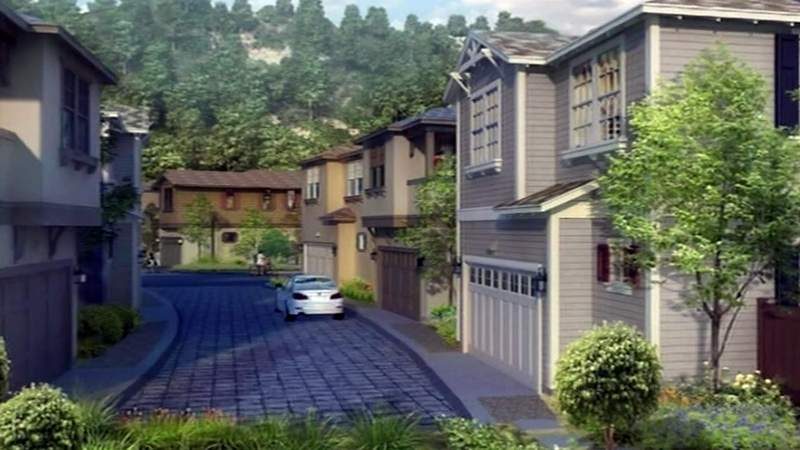 WALNUT CREEK, Calif. (KGO) -- Residents in Walnut Creek held a demonstration Tuesday because they're upset over a proposed development saying it "doesn't fit the area."

The development would consist of dozens of new homes in Tice Valley. "Well there's not going to be much of an offset," Dabney Lawless said.

Neighbors of this proposed development in @WalnutCreekGov Tice Valley say no thanks. Say it "doesn't fit" area. pic.twitter.com/hHETJuJM6e

Lawless said she and her neighbors are not opposed to development near their Tice Valley homes, just not this specific project. "It doesn't fit in with our neighborhood at all. Tice Valley is known as being a country-like neighborhood. It's semi-rural and the average is one to two homes per acre," she said.

Pulte Homes is proposing the project called Trellis consisting of 53 single family homes on just over five acres on property once occupied by the Jewish Community Center.

The center is within city limits, but most of the neighbors live in unincorporated Contra Costa County. "We're not opposed to development, but we want development that fits the area, we propose four to five homes per acre," project opponent James Wilson said.

With a public hearing pending, city officials declined comment. However, Pulte Homes released a statement saying: "Refinements have been made based on the valuable feedback from the local residents and the city. This public process has considerably reduced the proposed density."