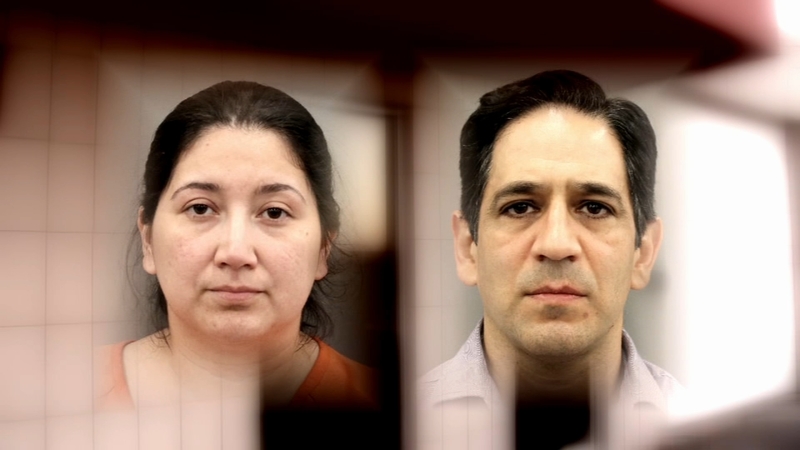 HOUSTON, TEXAS -- Police confiscated dental equipment from a west Houston office and arrested two people who were allegedly practicing dentistry without a license.

Carolina Flores-Paz, 36, and Enrique Eduardo Alvarez, 47, were arrested Monday at Delta Image Makers in the 11000 block of the Katy Freeway. The office has a warehouse exterior, but inside police say they found rooms with dental chairs and equipment.

According to court records, both Alvarez and Flores-Paz admitted to practicing dentistry without a license. A confidential informant told police about the clinic.

The informant and an undercover officer went in for dental work Monday and when Flores-Paz allegedly offered to make bottom dentures for $800 after taking a dental impression, she was arrested.

When ABC7's sister station ABC13 showed up at the office a few hours later, two women inside quickly locked the door and turned out the lights.

Tuesday, at Alvarez's house in Katy, a man inside shut the window blinds and no one answered. Calls to Alvarez and Flores-Paz were not returned. Neither has an attorney of record.

"If it was illegal activity, we don't want them around here, period," said Jeremy Crisel, who owns Houston Electronics Pro in the same complex.

Jeremy and his wife, Kayla, told ABC13 that the clinic was often busy with families. They once tried to find the business online and on social media, but nothing came up.

Alvarez was the owner and admitted to having many patients, according to court records. Flores-Paz told police she was trained in Honduras. Both are out of jail on a $2,500 bond and are expected in court on Wednesday.