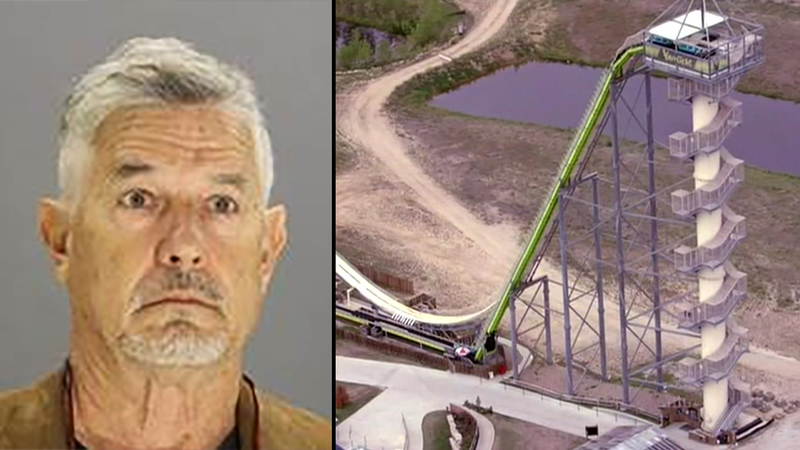 Designer of waterslide that killed boy surrenders to police

TOPEKA, Kansas -- The designer of a waterslide that killed a 10-year-old boy at a Kansas City amusement park in 2016 has surrendered to U.S. Marshals after returning to the country on Monday night.

According to the U.S. Marshals Service, the North Texas Fugitive Task Force took John Schooley into custody at Dallas-Fort Worth International Airport after the designer returned from China.

Schooley, 72, was indicted last week on charges of second-degree murder, aggravated battery and aggravated endangering of a child.

RELATED: Lifeguard recalls his own ride on water slide that killed boy: 'We never stopped'

His lawyer, J. Justin Johnston, told ABC News last week his client was out of the country when the charges were filed and was "working with counsel to coordinate his prompt return to the United States" and that Schooley intended "to voluntarily surrender and defend the charges against him."

The U.S. Marshals Service said Schooley was being held in Dallas pending arraignment and removal to Kansas.

Caleb Schwab, the son of a Kansas state lawmaker, suffered a fatal neck injury on the Verrückt waterslide on Aug. 7, 2016, according to the Kansas City Police Department.
Investigators believe the raft collided with one of the ride's metal hoops, decapitating the boy and badly injuring the two other passengers, leaving one with a fractured jaw bone and the other with an orbital bone fracture.

The towering waterslide, which was certified in 2014 by the Guinness Book of World Records as the tallest in the world, was only in operation for six months.

Prosecutors have alleged that Jeffrey Henry, who co-owned Schlitterbahn Waterpark, and other employees of the water park attempted to hide from investigators documents detailing at least 13 people's injuries on the Verrückt waterslide leading up to Schwab's death.

"The allegation that we operated, and failed to maintain, a ride that could foreseeably cause such a tragic accident is beyond the pale of speculation," the water park said in a statement last week. "The accusation that we withheld information or altered evidence is completely false."