With Authority: One-on-one with Joe Lacob and Kevon Looney of the Warriors 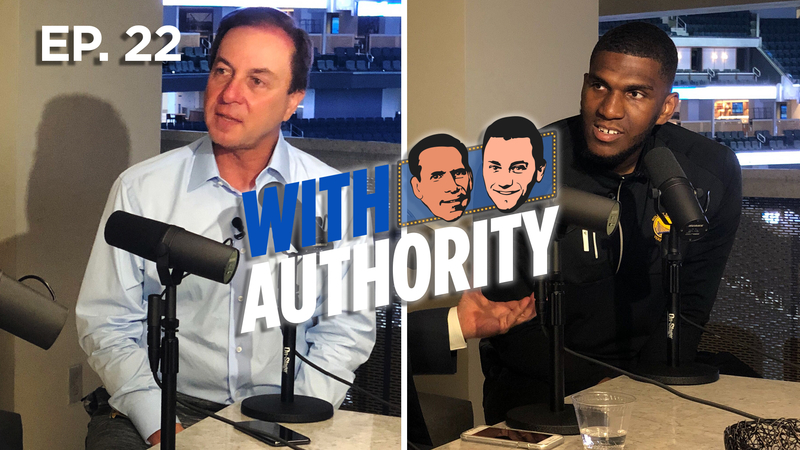 Joe Lacob and Kevon Looney of the Warriors | With Authority

SAN FRANCISCO (KGO) -- The Golden State Warriors are officially in control of their new state-of-the-art arena. And it's almost surreal that it's here.

With the media blackout lifted -- we are BACK INSIDE -- for our 2nd Podcast from inside the Chase Center. And we have not one, but two huge guests.

Warriors CEO Joe Lacob joins us for an in-depth conversation that covers his thoughts upon entering the team's new home, the departure of Kevin Durant, the future of the franchise, and an emergency pair of pants.

After that we are joined by Warriors center Kevon Looney who tells us about the new manicure and pedicure station inside the arena, battling through injuries in the finals, and gives us a glimpse inside the Warriors Group Text.

After all that, on next week's episode, we are joined by a combative Warriors GM Bob Myers, who puts Larry in the timeout seat. So make sure to subscribe.