Why the Secret Service moved to DHS after 9/11, and now may be moved back to Treasury 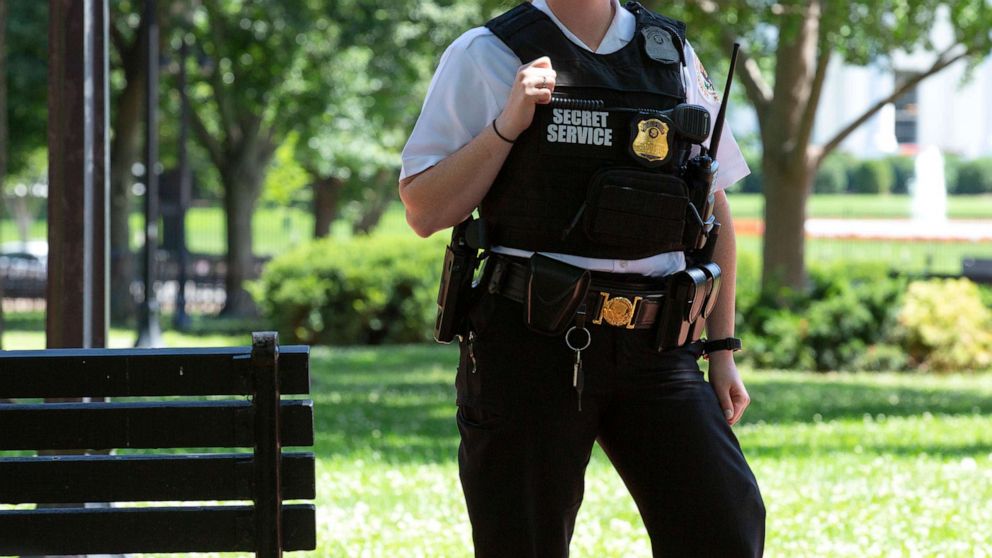 Earlier this month, Sen. Lindsey Graham and Sen. Diane Feinstein introduced Senate bill 3636, which, if put into effect, would transfer the United States Secret Service back to the United States Department of the Treasury. This bill is otherwise known as the U.S. Secret Service Mission Improvement and Realignment Act of 2020. If passed, this legislation would be groundbreaking and move the Secret Service, in whole, out of the Department of Homeland Security (DHS) and back to the Treasury, where it existed for 140 years.

This legislation came to fruition at the request of Treasury Secretary Steven Mnuchin and the Trump administration, who believe moving the Secret Service back to the Department of the Treasury would help improve investigations into financial crimes and provide more support for the Secret Service.

Almost immediately, some questioned if this historic move would harm DHS. The New York Times reported that a working group of staffers from the DHS, the Treasury and the White House was formed in 2019 to examine the issue. The report said that DHS officials and lawmakers could "perceive" the "loss of the Secret Service" as leaving behind a "weakened DHS." It also went on to say that "such a loss could open DHS up to additional reforms or reorganizations, perhaps even some involving the transfer or dismantling of other operating components, further weakening the department at a critical time in its development." the same article, Rep. Bernie Thompson, the chair of the U.S. House Committee on Homeland Security that has oversight over DHS and the Secret Service, went on record opposing the move because he feels it could harm national security.

So how did the Secret Service get moved into DHS in the first place? Eleven days after the Sept. 11, 2001, terrorist attacks, President George W. Bush appointed Pennsylvania Gov. Tom Ridge as the first director of homeland security in the White House. This office was created to oversee and coordinate a comprehensive national strategy to safeguard the country against terror attacks.

In mid-2002, then Secret Service director Brian Stafford told me that, "Late one night, then Chief of Staff Andy Card called and said that then-President Bush was in the process of creating a new federal department focused on homeland security and you (the USSS) are in it, intact." There was no prior notice or room for negotiation, the plan was done and agencies involved selected.

Agencies named in the proposal were categorized into one of the four proposed divisions. For the Secret Service, on page 16, it said: "While the Service would remain intact and not be merged with any other Department function, the Service's unique and highly specialized expertise would complement the core mission of the new Department." This vague description only cited the specific mission of the Secret Service, but not where it fits within the DHS divisions.

The plan was for the Secret Service to move to DHS with all of its existing Treasury duties, including fighting financial crimes, protecting the president and providing security for such high-profile national events as the Olympics and the Super Bowl. The 22 other agencies proposed also included the Coast Guard, new Transportation Security Administration, Federal Emergency Management Agency (FEMA), Department of Agriculture's Animal and Plant Health Inspection Service (APHIS), the Immigration and Naturalization Service and the United States Customs and Border Protection, all with mission sets that fit within the DHS framework.

Complicating the DHS proposal, several members of Congress introduced competing legislation. Some matched the president's proposal but others, like H.R. 4660 introduced by Rep. Mac Thornberry, a Republican out of Texas, did not. That bill did not include the Secret Service in the new department.

After much debate, in November of 2002, the Homeland Security Act of 2002 was passed into law, creating the new DHS, which pulled together 169,000 federal employees from other agencies including the Secret Service.

Almost immediately, questions began to emerge about the efficacy of creating the DHS. Those questions about the DHS and the Secret Service culminated in 2012, after the Cartagena scandal exploded in the news.

That scandal -- a series of White House fence jumping incidents and questions about staffing and budgets -- sent a shockwave through the nation. It seemed unfathomable that those entrusted to protect the president could act so recklessly and that the world's premier protection agency couldn't stop fence jumpers, was facing record attrition rates and couldn't find enough people who wanted to do the job.

Former USSS Director Clancy testified in 2014 that budget cuts were partly to blame for the issues the Secret Service had faced. According to the Congressional Research Service fact sheet, while under DHS and despite record increases in protection, the Secret Service budget from FY12 to FY14 has gone down.

Congress and the media piled one and began to shine a bright light on the Secret Service. In a Time Magazine interview, former Rep. Jason Chaffetz, who sat on the House Oversight Committee, said, "Long-term, the 60,000-foot view, there are some who are very critical of the switch that the Secret Service went through after 9/11... That seems to have changed the dynamic and made it much more political as opposed to security-driven. And I think long-term that's something we might explore is the structure of having it within [the U.S. Department of] Homeland Security."

In that same article, Rep. Gerry Connolly said, "I think the counterfeiting role really probably belongs in Treasury. The protection and investigation role I think might make sense in DHS, but I do think we have to have a thorough review about the missions and whether they continue to make sense. Are they compatible? Do they detract from one another?" Mnuchin took a personal interest in the proposed move back to Treasury and has been working on it. When the White House released its 2021 budget earlier this year, it included funding for moving the Secret Service from DHS back to Treasury.

Despite all this momentum, there are still detractors including Rep. Bennie Thompson. "As I have said ever since the Trump administration first floated the idea of ripping the Secret Service out of DHS, it is a bad idea that will not make us any safer. Further, it could hurt DHS operations," Thompson said. "With all due respect to my Senate colleagues, I just don't see the point of going down this road and introducing upheaval at a time when the Executive Branch is already struggling to respond to the unprecedented and deadly coronavirus pandemic."

For this to happen, the legislation would have to pass both chambers of Congress and signed by the president into law. While the future of this proposed move is still uncertain, one thing is clear: History has shown us that the Secret Service and its personnel perform an invaluable national security mission that must be supported no matter what department they are in.
Report a correction or typo
Related topics:
abc newsnational
Copyright © 2020 ABC News Internet Ventures.
More Videos
From CNN Newsource affiliates
TOP STORIES