Did you feel it? 3.5 earthquake rattles Bay Area Saturday morning

Did you feel it? 3.5 earthquake rattles Bay Area Saturday morning

COLMA, Calif. (KGO) -- Did you feel it? Thousands of people in the Bay Area did, when a 3.5 magnitude earthquake hit Saturday morning at 8:41 off the coast of Pacifica. Luckily, there were no reports of damage, but it's a great wake up call for all of us to be ready for the next big one.

"I thought someone hit my store with a truck," said Sam Sadeghi.

Sadegh was working at a Pacifica Liquor store when the shaking started. Tiny wires on the shelves prevented lots of booze from smashing onto the floor, no damage here.

RELATED: Small cluster of earthquakes may be warning sign of larger one to come, researcher says

The USGS says the quake was centered about a mile off the coast of Pacifica. There have been several small aftershocks.

"The analogy is it's like pulling up a blanket, most of it moves in the direction you want but you get tiny wrinkles. It's same thing with the earth," said Minson.

More than 3,00O People between San Francisco, Peninsula and parts of the East Bay reported they felt it on the USGS website.

BART stopped trains after the quake to inspect the tracks, there was no damage.

"To me it was like a Grrr and a Grrr, it shook house and the windows," said Pacifica resident Elaine Jauregui.

It was a good reminder for Jauregui to check earthquake supplies in her garage. She lived the the deadly Loma Prieta Earthquake almost 30 years ago. Being prepared for the next big one is the only option.

Click here for the latest stories and videos about earthquakes here in the Bay Area and around the world, and click here for more information on disaster preparedness.
RELATED STORIES & VIDEOS: 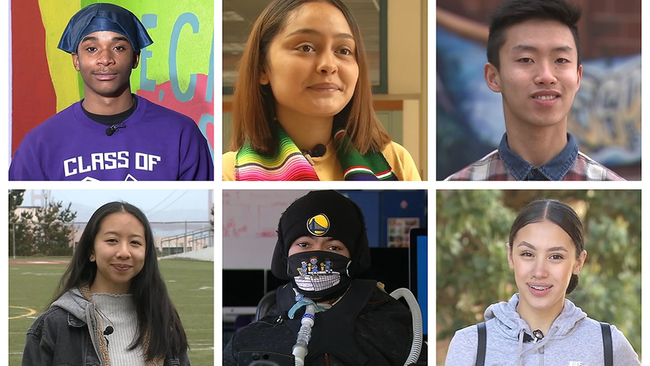