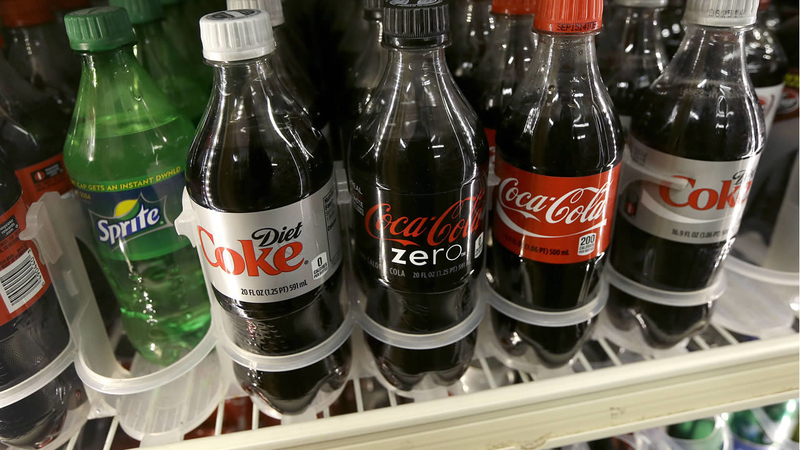 SAN FRANCISCO (KGO) -- New dietary guidelines released by the government reveal some Americans may not have to cut back on eggs and salt as much as they once thought, but they are advised to limit added sugars.

The guidelines suggest limiting sugar to 10 percent of your daily calories. That's about 200 calories a day, or about the amount in one 16-ounce sugary drink.

The report revealed the average American adult gets about 13 percent of their calories from hidden added sugar and for teenagers that number is closer to 17 percent.

The new report revealed excess sugar and salt are contributing to American obesity and chronic disease. "This is the first time that the dietary guidelines have recognized that and have limited them appropriately," UCSF Pediatric Endocrinologist Robert Lustig, M.D. said.

Nearly half of added sugars in our diet come from soda, sports drinks or fruit juice. You can find the excess salt in processed food like chips.

The new guidelines said a typical adult should have no more than 12 teaspoons of sugar per day. Just to give shed some perspective, a can of coke has 10 teaspoons of sugar. "Fruit juice is just as bad as soda," Lustig said.

There is some good news as you don't have to worry about the natural sugar in an apple or raisins because Lustig said processed foods are the problem.

The guidelines continue to reveal that eating lean meat is OK. After a backlash from the meat industry and Congress, the administration ignored several suggestions from a February report by an advisory committee of doctors and nutrition experts. That panel suggested calling for an environmentally friendly diet lower in red and processed meats and de-emphasized lean meats in its list of proteins that are part of a healthy diet.

Released every five years, the guidelines are intended to help Americans prevent disease and obesity. Their main message is similar to previous years: Eat your fruits and vegetables. Whole grains and seafood, too. And keep sugar, fats and salt in moderation.