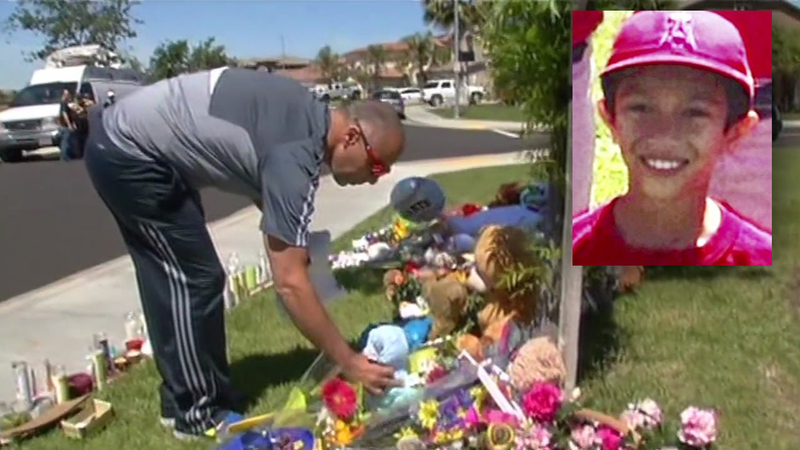 DISCOVERY BAY, Calif. (KGO) -- A Discovery Bay man accused of fatally stabbing a 9-year-old boy inside his home had been evaluated for possible mental health issues not once, but twice in the 24 hours before the incident.

Jordon Almgren was fatally stabbed inside his home on Frost Way on Sunday.

The suspect confessed in a jailhouse interview given to our media partner, the Bay Area News Group. In the interview, William Shultz , 18, admitted to killing the young boy saying, "I wanted to see what it was like to take a life before someone tried to take mine."

Police arrested Shultz at a local hospital on Sunday.

"I wish that I hadn't. I think about what if that was my little brother," Shultz said.

Police say Shultz was a family friend and stayed at Jordan's home overnight.

On Saturday, Shultz was at his family's home in Discovery Bay when Contra Costa Sheriffs were called. "Apparently the family wanted the deputies to check his mental health status. So the deputies spoke to him and based on that contact, they determined that he did not meet the criteria for welfare and institutions code 5150. You have to have some kind of threat to themselves or to others or that they are gravely disabled," Contra Costa Sheriffs Department spokesperson Jimmy Lee said.

Shultz did voluntarily go to the county hospital in Martinez for evaluation, but was released a few hours later.

In the meantime, there is a growing memorial in front of Jordon's home. Friends and loved ones are paying tribute to a popular boy with a big smile. "He was the smallest kid on the team, but the biggest personality," Angels baseball coach Mike Delambert said. "We took a baseball there last night and had everybody sign it and it just said 'to our teammate Jordon, you'll always be an angel,"' Delambert said.