'The Kissing Bug' is making a comeback, carrying an infectious disease 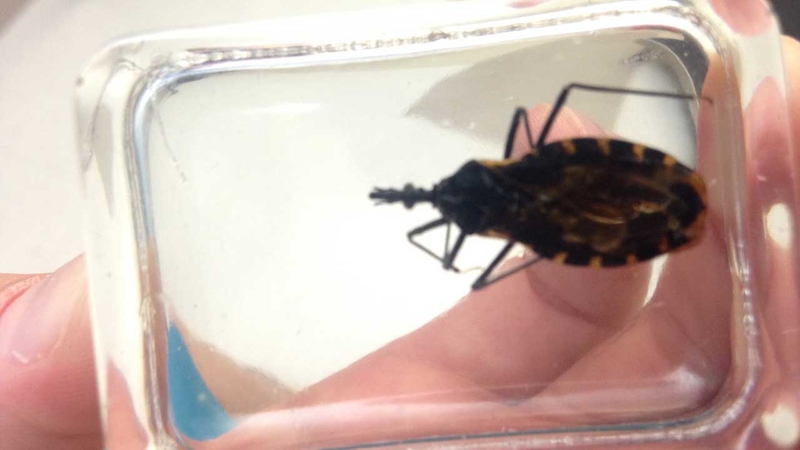 An infectious disease called Chagas is making a comeback.

HOUSTON -- A deadly parasitic infection called Chagas disease has been reported in several states, according to the Centers for Disease Control and Prevention.

The infectious disease is making a comeback in Texas, and it has been spotted in Arkansas, Arizona, Massachusetts and Tennessee.

"The kissing bug" carries a parasite that attacks your heart. Dr. Laila Woc-Colburn specializes in infectious diseases at Baylor College of Medicine.

"It stays dormant for about 15 to 30 years," Woc-Colburn said, "And then you start having congestive heart failure."

The bugs are slightly smaller than cockroaches and resemble ticks. They live mainly in tree bark and come out to feed on humans and animals at night. Humans are usually bitten around the face and neck - hence the nickname, the kissing bug. The scientific name - triatoma infestans.

"When you have a bite, you usually scratch, and when you scratch, you get the stuff that the bug defecated into your arm," Woc-Colburn said, "And that's how the little parasite that looks like an 's' gets into you."

Woc-Colburn said in Latin America, Chagas affects more than 30 million people. The disease first appeared in Texas in the 1800s but has not resurfaced until recently.

So far, the Harris County Health Department has confirmed seven cases of Chagas. Dogs have died from the disease, too.

Woc-Colburn advises anyone spending lots of time outdoors to be on the lookout for kissing bugs. Most people experience flu-like symptoms after being bitten. A doctor can perform a simple blood test to determine if a patient has contracted Chagas.