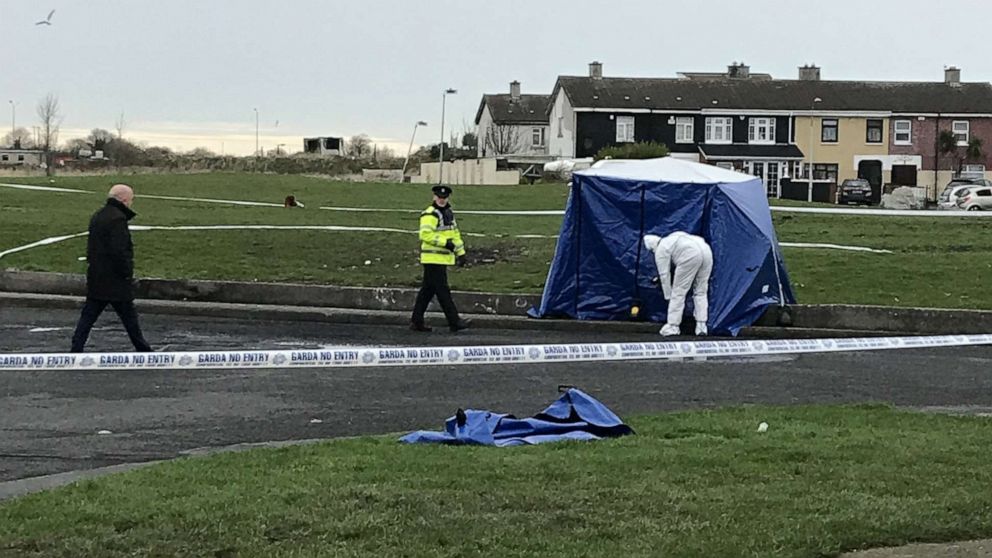 LONDON -- A murder investigation has been launched after a bag of human remains has been found by the Irish police force.

An alarm was raised just after 10 p.m. local time on Monday when what appeared to be a bag of severed limbs were found outside a houses at the junction of Moatview Gardens and Drive, a quiet suburban housing project just outside of Dublin.

Officers arrived on the scene and sealed off the area.

The police service of the Republic of Ireland, also known as the Gardai, are currently asking for any information from local residents, in particular dash camera footage of drivers on the road between 9:30 and 10 p.m. in the area where the remains were found.

The authorities are working with Forensic Science Ireland, an associated office of the Department of Justice and Equality, to identify the remains found.

"I wish to express my shock and horror at the discovery of dismembered human remains in Dublin yesterday," Charlie Flanagan, the government minister for Justice and Equality, stated in a press release on Tuesday. "This was a depraved act of violence. I wish to extend my sincere sympathy to the family of the victim."

The minister announced a "full investigation" into what he described as a "dreadful crime."

"I also want to reassure people living in the locality that their concerns and the issue of violent crime in their area is being taken seriously at the highest levels," Flanagan added.
Report a correction or typo
Related topics:
abc newsnational
Copyright © 2021 ABC News Internet Ventures.
More Videos
From CNN Newsource affiliates
TOP STORIES
Storm timeline: Lightning, more rain still on the way to Bay Area