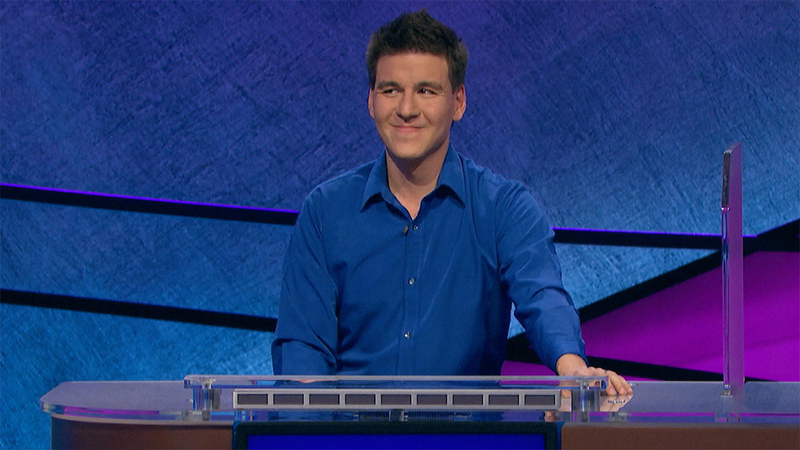 Holzhauer is one of only three players to cross the $2 million mark. Jennings earned $2,520,700 over the course of 74 games in 2004 and still holds the record for highest winnings during a regular season.

Holzhauer also holds the top 10 records for winnings in a single game. The professional gambler from Las Vegas is quick on his feet and quick with the buzzer, displays an extraordinary breadth of knowledge and - true to his profession - is cold-blooded in his willingness to risk big sums of money.

His strategy is to begin games with the highest-value clues, hoping to quickly build winnings and land on the one "Daily Double" in the first round. When he does, he usually bets everything, punctuating it with a motion that makes it seem like he's pushing in all his chips. If he's wrong, there's enough time to earn more money. But he's rarely wrong.

The two "Daily Doubles" in the game's second round are also coveted. He doesn't bet everything then, but he puts a lot on the line.

The record for the highest overall winnings is held by Brad Rutter, who won $4,688,436. Rutter's "Jeopardy!" windfall includes winnings from the regular season as well as multiple tournaments.