VIDEO: Dog sprints to owner after being struck by car in downtown LA 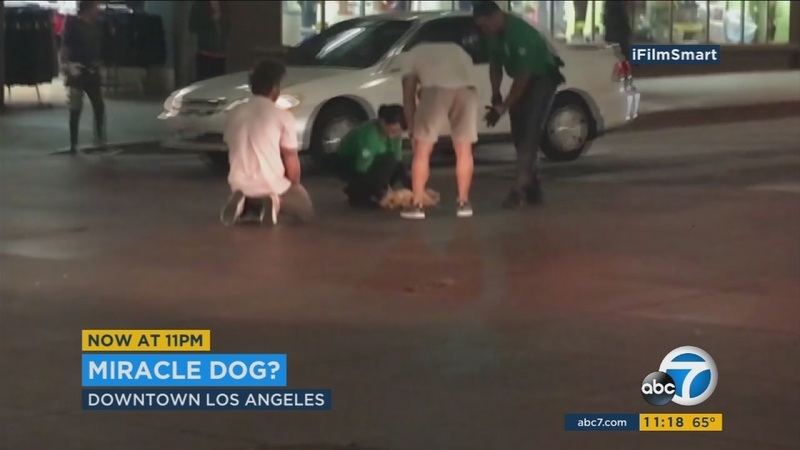 VIDEO: DTLA dog sprints to owner after being struck by car

DOWNTOWN LOS ANGELES -- After a dog was hit by a car Friday night in downtown Los Angeles, public safety officials responded to an intersection and attempted to rescue the animal.

A bystander's video shows business improvement district officers standing over the dog at around 8:15 p.m. at Fifth Street and Broadway.

To their surprise, the dog suddenly sprang up and sprinted toward its owner.

Witnesses said a man at the scene was praying for the dog. Others described the animal's survival as a miracle.

The owner was overwhelmed to see her dog alive and happily took him home.