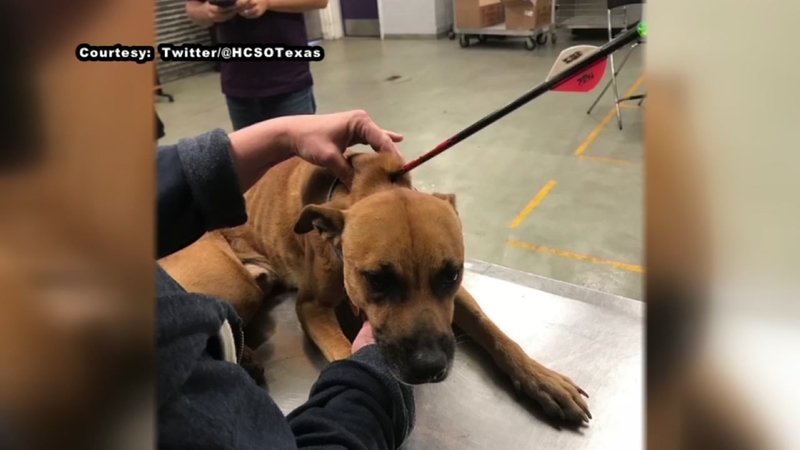 Police searching for suspect who killed dog with bow.

HOUSTON, Texas -- Authorities are searching for the person responsible for killing a dog with an arrow.

On Sunday, a woman found an injured dog in the 9800 block of Cheeves Road around 5 p.m.

The Harris County Sheriff's Office says that the dog was found with an arrow in his neck.

The dog named Archer was immediately rushed to Vergi Animal Hospital, but his wounds were so bad that he had to be transported to Texas A&M.

Doctors there took many X-rays and determined that the arrow had gone through the dog's neck, through his thorax, his diaphragm, his abdomen and into his liver.

During Archer's second surgery, he died from his horrific injuries.

"It was a sadistic act of violence, and one that horrified all those who tried to save little Archer, who wandered into someone's front yard, gravely wounded on Sunday," Sheriff Ed Gonzalez said.

Crime Stoppers will pay up to $7,500 for information leading to the suspect's arrest.