A family dog faces a long road to recovery after surviving a plunge from a bridge in Brentwood. Bella still needs more surgery, and that will cost her owners more than $10,000.

MARTINEZ, Calif. (KGO) -- An East Bay dog that may have been tossed from a Brentwood bridge last weekend is back with her owners. Bella, a 3-year-old sheltie mix, suffered two broken legs and now needs expensive surgeries.

Bella is doing well for a young dog with two broken legs after a two week odyssey that began on Christmas Eve.

"She's good, she looks healthy for as long as she's been gone," said owner Brian Mun. "For about a week and a half to two weeks, she looks very healthy besides the two broken legs."

Bella was found Saturday by a mother and daughter. It appeared she was thrown or tossed from a Brentwood overpass.

They took her to the Contra Costa Animal Shelter. There, she was dubbed "Gracie."

On Wednesday, the dog's owners, the Mun family from Oakley, were reunited with her. But now can't afford the $12,000 in surgeries that Bella needs.

"She has a broken femur which requires surgery and cannot be splinted," said Mun. "The leg needs to be fused together and then on the right front leg, she has a fractured wrist."

"We've never had a dog get out of here, so that dog was quite the little ninja," said Colt Ross, who owns Derty Dogs boarding facility in Brentwood.

"I opened the door just a little bit, that's when she ran out," he said.

Ross admits the dog escaped on Dec. 24, but he denies he's financially responsible for the injuries she had when found more than a week later.

"That's kind of a myth between people," he said. "If your kid goes to school and escapes from the school and get hits by a car, that's not the teacher's fault."

The woman who found her has already done that. She set up a GoFundMe page, which has already collected more than $4,500. If you'd like to make a donation, click here. 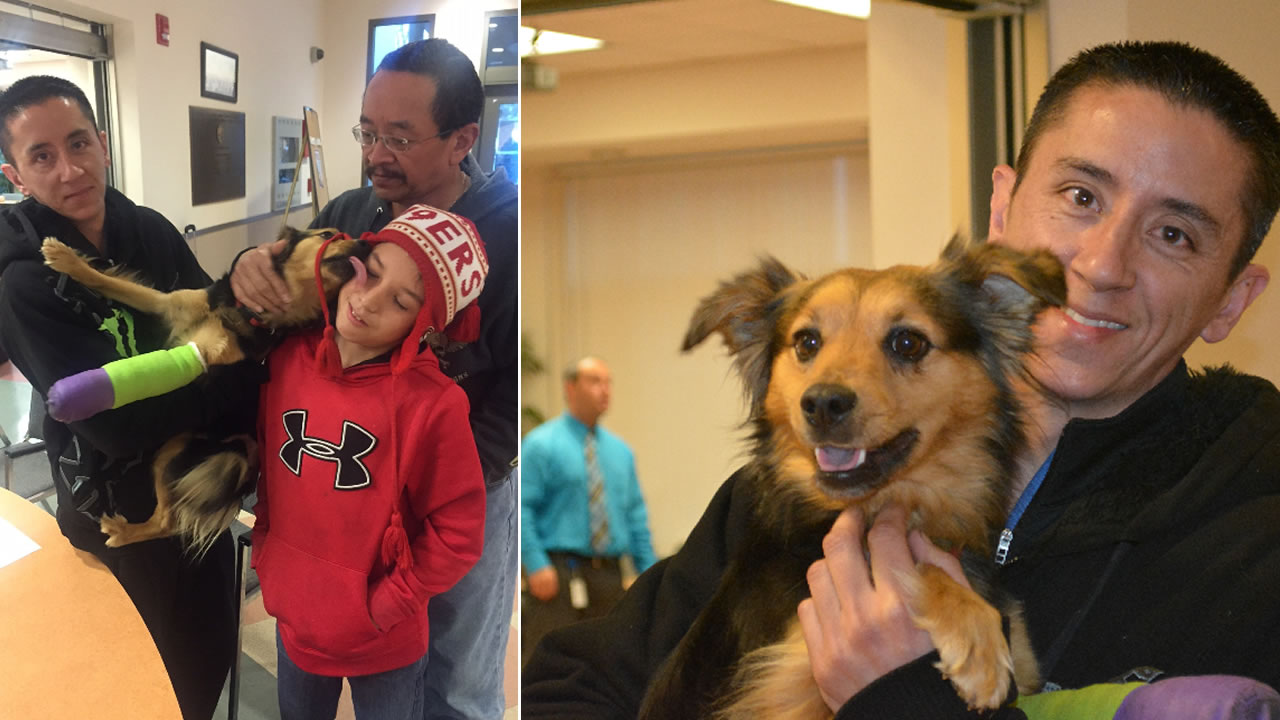