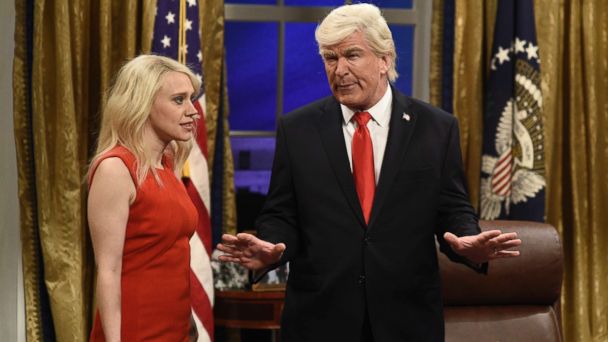 The president woke up with Alec Baldwin on his mind -- and let the world know about it. Well, he let "Alex Baldwin" know about it anyway.

Donald Trump took to Twitter at 5:42 a.m. to fire off a tweet attacking the left-leaning actor for his portrayal of Trump on "Saturday Night Live." Baldwin had said on Thursday in an interview with The Hollywood Reporter that it was "agony" to portray the president.

"Every time I do it now, it's like agony. Agony. I can't," Baldwin told The Hollywood Reporter.

Trump was not amused -- and not good at spelling so early in the morning. He tweeted about Baldwin's "dieing" career and misspelled his name as "Alex." It's unclear if the president was being sarcastic on the latter.

The president had already deleted the tweet -- presumably due to the spelling issues and not regret at attacking Baldwin -- by 6 a.m.

He reupped the tweet, this time with proper spelling of both "Alec" and "dying" at 6:07 a.m.

Trump also called for the return of Darrell Hammond, who played just about every politician of note on "SNL" over his 15-year career on the show. The actor known for his famous Bill Clinton impersonation -- and Trump -- left "SNL" in 2009.

Baldwin, 59, has a made a handful of appearances on "SNL" over the past year. The actor will be debuting a talk show on ABC after the Oscars this Sunday.