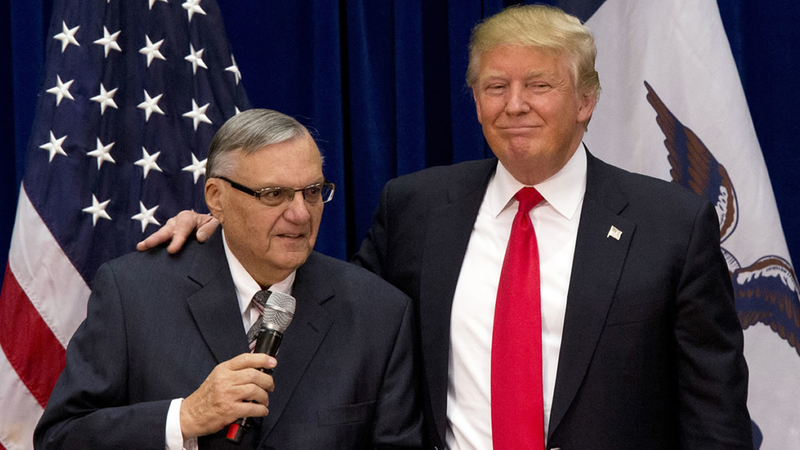 Victor Garza said, "If he had been me, I would have been behind bars a long time ago."

I am pleased to inform you that I have just granted a full Pardon to 85 year old American patriot Sheriff Joe Arpaio. He kept Arizona safe!

"I am pleased to inform you that I have just granted a full pardon to 85 year old American patriot Sheriff Joe Arpaio. He kept Arizona safe."
Arpaio also tweeted, writing:
"Thank you Donald Trump for seeing my conviction for what it is: a political witch hunt by holdovers in the Obama Justice Department."

In a radio interview with ABC News, Arpaio said he was not guilty. He also said, "I appreciate the President's pardon. I'm very humbled that he did that. He loves law enforcement. I was with him from day 1 two years ago in Phoenix at the first rally. I've always said, pardon or no pardon, I will stick with him as long as he's the president."

The pardon did not come as a surprise.

President Trump hinted at his decision at a speech in Phoenix earlier this week saying, "I'll make a prediction, I think he's going to be just fine, okay?"

San Francisco District Attorney George Gascón-- a former police chief in Mesa, Arizona-- said he fought Arpaio's tactics in the Latino community.
Gascon said in a statement, "By granting this pardon the President of these United States has emboldened white nationalists and made a mockery of the rule of law."