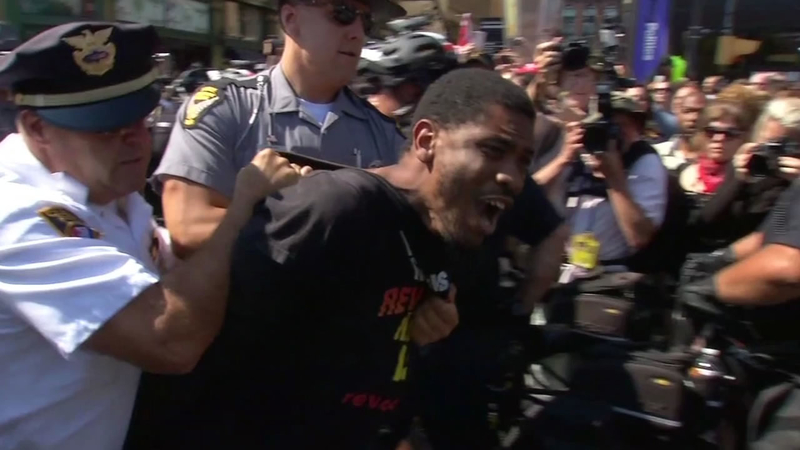 CLEVELAND (KGO) -- There were tense moments Wednesday night outside the Republican National Convention in Cleveland. Police used pepper spray and riot gear to try and keep the peace.

And inside, all eyes were on Donald Trump's vice presidential candidate Mike Pence as he was minutes away from formally accepting the nomination.

A protester tried to burn an American flag in the streets just outside the secure zone at Quicken Arena. That prompted a response from police, some were in heavy riot gear. There were scuffles, some injuries and several arrests.

A Cleveland police explained why. "We have a law against open-burning in the city of Cleveland and that's what that was. It's not about the flag, it's about open burning," a police officer said.

Just a half block from the demonstrations, there are the shouts that greeted the delegates much of the time. Street musicians and vendors hawked their goods.

Even with Wednesday's incident, Cleveland police Chief Williams said things have been relatively non-violent at the halfway point of the convention.

"People out here exercising their constitutional rights, so we're out her to protect it," Williams said.