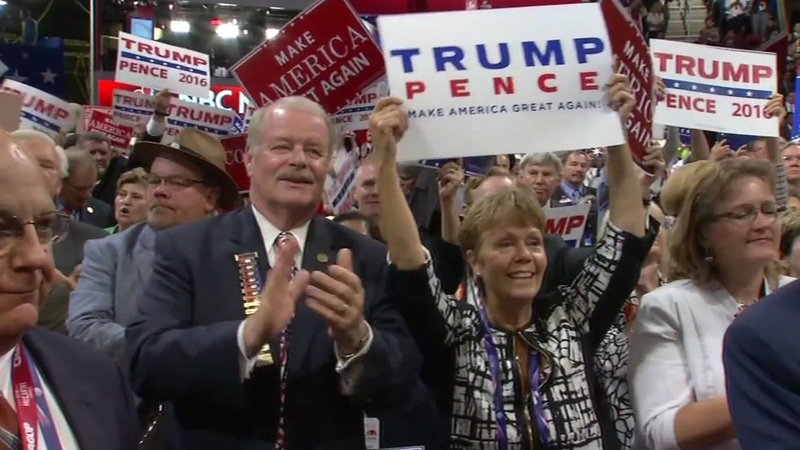 CLEVELAND (KGO) -- The roller coaster Republican National Convention comes to a close Thursday night with the speech everyone has been waiting for, Donald Trump's nomination acceptance speech.

But the big headlines could be made before Trump even takes the stage. Silicon Valley venture capitalist Peter Thiel will make history as the first ever speaker to talk about his sexuality.

He's already appeared three times at the RNC, but tonight Republican Donald Trump will formally address the delegation introduced by his daughter Ivanka.

At today's run-through, trump couldn't resist taking a shot at Ted Cruz, the runner-up for the nomination who was booed off the stage last night.

At a morning meeting with the Texas delegation, Ccruz explained why his broke his pledge to support Trump.

"That pledge was not a blanket commitment that if you go and slander and attack Heidi, that I'm going to nonetheless come like a servile puppy dog," Cruz said.

Also speaking on the final night of the RNC, Silicon Valley venture capitalist and co-founder of PayPal Peter Thiel, who is expected to discuss his identity as a gay man, but then move on to reveal why he supports Donald Trump.

Despite the early battles on the floor and the noisy flap over Ted Cruz's failure to endorse Trump, there's still confidence this party will leave the convention united.