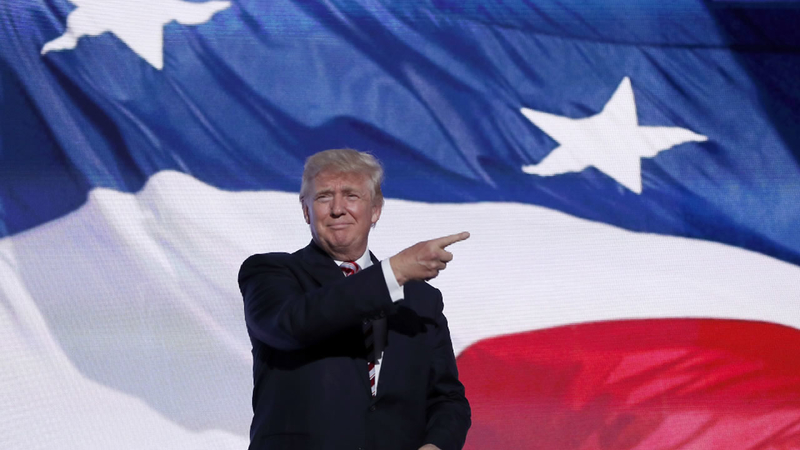 CLEVELAND (KGO) -- Donald Trump is waking up to headlines not about himself or his running mate, but about Senator Ted Cruz. Cruz announced Thursday morning that he's standing by his speech at the Republican National Convention.

Once again, the Trump campaign finds itself on the defensive. Just as the Melania plagiarism controversy fades out, Cruz's non-endorsement takes its place.

It's being perceived as something that convention speeches never are to the nominee - shady.

"Stand and speak and vote your conscious and vote for candidates that you trust, up and down the ticket, who you trust to defend our freedom and be faithful to the constitution," he said.

People were so angry after the speech, Cruz's wife had to be escorted out of the hall.

To those listening, please don't stay home in November. If you love our country, stand and speak and vote your conscience #RNCinCLE

Newt Gingrich had to play clean up, explaining that what Cruz meant to say was "vote for Trump."
RELATED: Parts of Melania Trump's RNC speech identical to Michelle Obama's 2008 speech

Some analysts Thursday morning are saying Cruz made a calculated, risky decision to keep distance between himself and Trump in case Trump loses and Cruz sets himself up for 2020.

On Thursday night, Trump is front and center, introduced by his daughter Ivanka. Their job is to be exciting enough for the big distractions this week - Melania and Cruz - to fade away.

Trump is already stealing back some of the headlines by saying he wouldn't automatically have the backs of NATO nations should they be attacked.