Historic tech demo turned into an opera at Stanford 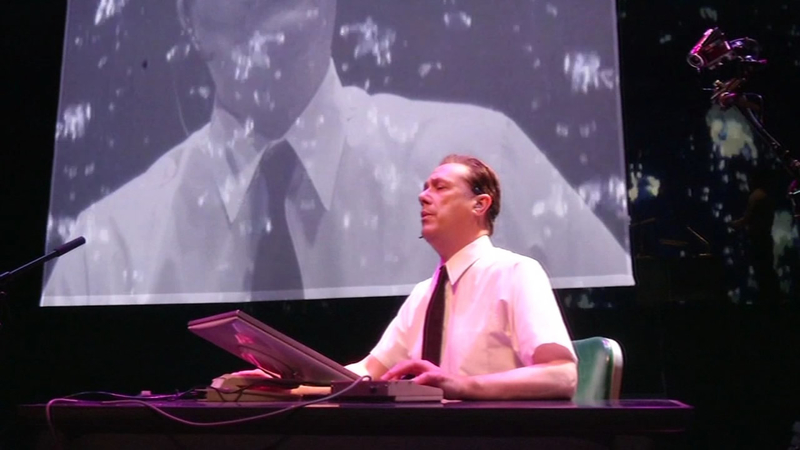 Historic tech demo turned into an opera at Stanford

STANFORD, Calif. (KGO) -- Almost 50 years before Steve Jobs demoed the first iPhone live onstage, there was another tech demo in San Francisco that may have changed computing history forever. What's called "The Mother of All Demos" has been recreated at Stanford, with a twist.

Doug Engelbart's historic demo began with him explaining why every desk should have a computer.

In 1968, no one had used a word processor. And the world had never seen a mouse.

"The idea of a mouse really came from Doug, and then I built the first one," said Bill English.

He not only built the first mouse, he also engineered that famous demo by the Stanford Research Institute.

The computer was too big to move, so he used TV cameras and broadcast trucks to beam a picture of the display from Menlo Park all the way up to a conference in San Francisco.

"It was a lot of the key people," English said. "Steve Jobs, Bill Gates, yeah. They were there and they saw it, and we impressed them."

That's why English is now a guest of honor at a production on the Stanford campus.

"We wanted to find a way to illustrate this and heighten the experience for the audience," said Michael Rouse.

Rouse is one of the composers and plays Engelbart onstage in the musical tribute called "The Demo."

"We use the video, the lighting, the sound design in such a way to sometimes explode into 2015 and then sort of retreat back into 1968," he said.

As his co-creator plays the mutant trumpet, Rouse and others sing what's on screen.

"So basically our libretto is computer code, which we're really excited about because the whole next generation of people who are working with code sort of look at code as poetry," he said.

Having the production there doesn't just bring it back to where it all began. Stanford is, after all, a university. And this is a teachable moment.

"It raises all kinds of ideas about where are we with digital culture -- where should we be going, what's the potential, what are the pitfalls," he said.

Though, the original demo predicted computerized maps and video collaboration.

"I think the use of the Internet is something we didn't' predict at the time; the extensive use of individual access to the Internet," English said.

In fact, the Internet is where you can now see this video. The live show is sold out.