Dow falls 550 points, dragged down by Target and concerns over retail 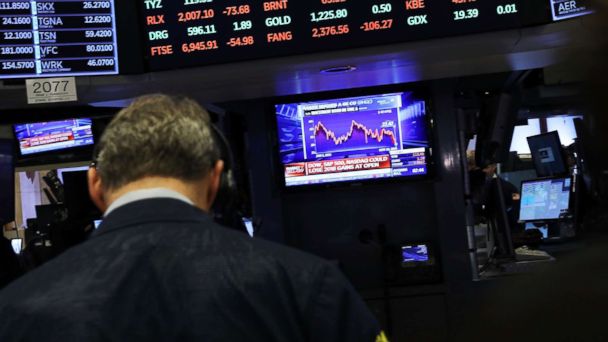 The Dow Jones industrial average plunged more than 551 points on Tuesday, dragged down by disappointing Target news and concerns about the retail sector in general ahead of the pivotal holiday season.

Tuesday's slide compounded Monday's losses on the Dow, resulting in a two-day losing streak of about 950 points, or 4 percent. Stocks fell 2.2 percent on the Dow on Tuesday alone.

All of the major stock indices are now in negative territory for the year, after posting record highs. The S&P 500 Index hit a level nearly 10 percent below its September record close before recovering.

The turbulent and tech-centric Nasdaq Composite Index was almost 14 percent below the closing high it reached in August.

As recently as September, Target had said it would be hiring 120,000 seasonal workers for the holiday shopping season.

All eyes were on Apple, whose shares were down 4.8 percent to close at $176.98, adding to previous losses amid reports of weakened iPhone demand.