Driver accused of hitting, killing CHP officer suspected of being under influence of pot and alcohol

KGO
HAYWARD, Calif. (KGO) -- The CHP said the driver who hit and killed a CHP officer, who was in a parked SUV on Highway 880 in Hayward on Christmas Eve, was under the influence of alcohol and marijuana.

Recreational marijuana use becomes legal in California on Jan. 1, which means anyone 21 or older can buy and use the drug, legally.

Some state lawmakers and others are concerned because there's currently no standard test for determining if a driver is impaired by pot.

State Assemblyman Evan Low, who co-sponsored Senate Bill 65, said there will be "significant challenges" in the new year.

"It's important, I think, we at least have some type of baseline demonstration on the books with respect to impairment," said Low.

Basically, the equivalent of blood alcohol content but for marijuana.

Low said there has been robust discussion and disagreement on the issue in Sacramento. A topic, he said, will be explored again in the upcoming legislative year.

The owner of Buddy's Cannabis in San Jose said no one should be intoxicated behind the wheel, whether from alcohol, prescription drugs, or marijuana.

RELATED: Officials identify CHP officer killed in crash on I-880 in Hayward

He told ABC7 News his staff will be talking with new, recreational clients about responsible marijuana use-just as they have done with medicinal patients. 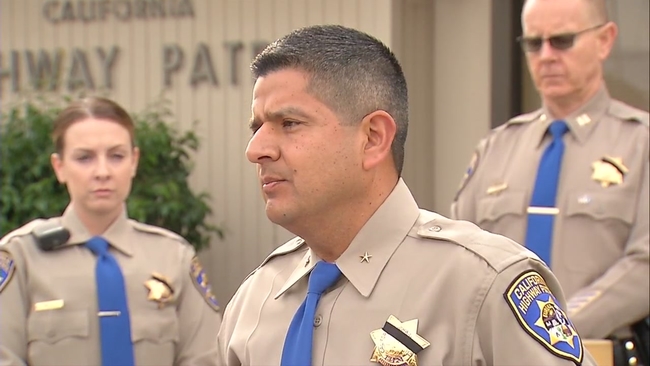 Video: Officials identify CHP officer killed in crash on I-880 in Hayward
More Videos
From CNN Newsource affiliates
TOP STORIES
A day in the life of a preschool in SF amid COVID-19 crisis