California's drought is worsening and yet residents used more water in March than any month since 2015
KGO
By J.R. Stone 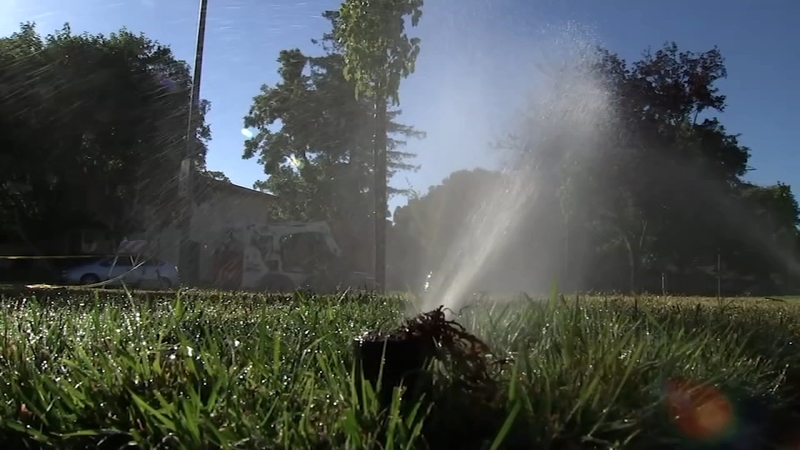 SACRAMENTO, Calif. (KGO) -- California's drought is worsening and yet residents used more water in March than any month since 2015, defying pleas for conservation from Gov. Gavin Newsom and other authorities, state officials announced Tuesday.
Water usage jumped nearly 19% in March, which was one of the driest months on record. Newsom last summer asked residents to voluntarily cut water use by 15%. He encouraged people to water their yards less often, run dishwashers less and install more efficient appliances.

RELATED: About 6M Californians ordered to cut water use amid drought

The state's conservation rate gradually increased, aided by some intense fall and early winter storms that reduced water demand. But the first three months of 2022 have been some of the driest ever recorded. Water use increased slightly in January and February before exploding in March when compared to 2020 figures.

Since July, the state has cut its overall water use by just 3.7%.
With that in mind, the question is then, 'Where is the additional water being used?'

We spoke with Charlotte Ely, Conservation Program Manager with the California State Water Board.

"So that is the big reason for the uptick, people are irrigating at a time when they don't usually have to. People have been watering more and more and more and trying to compensate for the lack of rain," says Ely.

California's drought is worsening and yet residents used more water in March than any month since 2015, defying pleas for conservation.

The increased water use within California, differs greatly.

"The San Francisco Bay Area water use increased by just 2.5% compared to the South Coast Region where we saw March 2022 use jump just about 27% from March of 2020," says Ely.

Both Ely and Marcus recommend, trading in your grass for low water using plants that can be perfect habitats for bees and butterflies, whose populations are on the decline.

"Transitioning out of lawns, not having them bright green all the time, plugging up leaks in your home and your lines, that can be 10, 20, 30% loss that gives us a lot of freeboard," says Marcus.

Ely says the State Water board will be looking at new policies at their end of the month board meeting in a couple of weeks. If approved they could adopt an emergency regulation plan that would both ban the irrigation of non-functional commercial industrial turf and bring urban water retail suppliers in the state to Stage 2 of the water contingency plan.

Newsom responded to the news by pledging to spend an extra $26 million on water conservation programs, in addition to the $190 million he proposed in January. In Los Angeles, Mayor Eric Garcetti announced residents and businesses would have to reduce outdoor landscape watering from three days per week to two. Irrigation makes up 35% of the city's water use.

A series of April storms have improved things slightly since March. Still, most of the state's reservoirs are well below their historic averages. Those reservoirs rely on melting snow to fill up for the dry summer months but the statewide snowpack was at just 27% of its historic average as of April 1.

Valley Water is hoping recycled wastewater can be the future of drinking water as California's drought continues to reduce supplies.