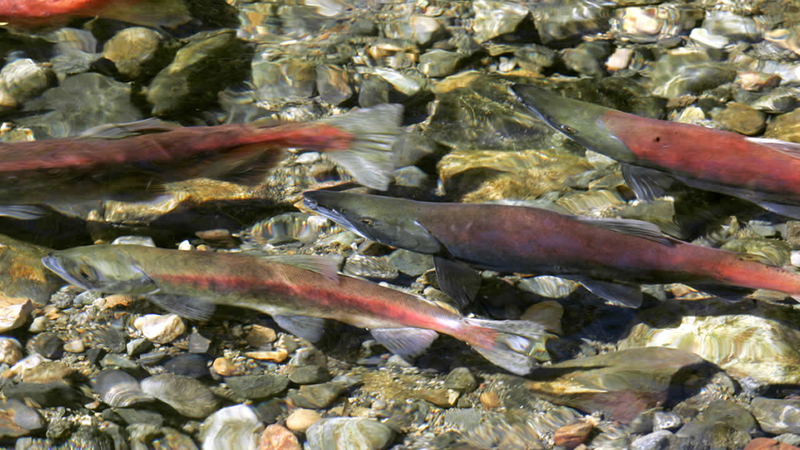 LAGUNITAS, Calif. (KGO) -- A new plan to hold back water for endangered salmon has farmers angry saying it could ruin our food supply.

State water officials want to hold more water in Lake Shasta, so they can release enough cold water for the salmon in the dry summer months because they said it's the only way the fish can survive.

Can you see the #Salmon? State Water Board wants to hold back more water to help fish this summer. Details at 6pm. pic.twitter.com/XegUWMYBb8

However, farmers said it's at the expense of the food supply. "People like California products because of the quality and the growing seasons we have here. All of that contributes to really the best food in the world," California Farm Water Coalition Executive Director Mike Wade said.

He said the best food in the world is in jeopardy because of the drought and water restrictions.

State water officials want to devote more water to salmon in 2016. "The concern is, there's been an ongoing chipping away at water supplies for the San Joaquin Valley for more than 20 years," Wade said

Wade said if farmers don't get enough water, California will have to start importing produce.

The proposal is good news for the salmon industry. "This issue is often framed as people versus fish, but in fact many people need these fish as well. So, these fish are an important part of our economic viability," Turtle Island Restoration Network Executive Director Todd Steiner said.

Steiner can spot a single salmon in Lagunitas Creek and he knows what it will take for these fish to survive. "In this drought time, we need more water for salmon. These animals are critically endangered on the verge of extinction and there's enough water to go around for people and salmon, we just need to use it wisely," he said.

The State Water Resources Control Board is scheduled to vote on the plan next Tuesday.