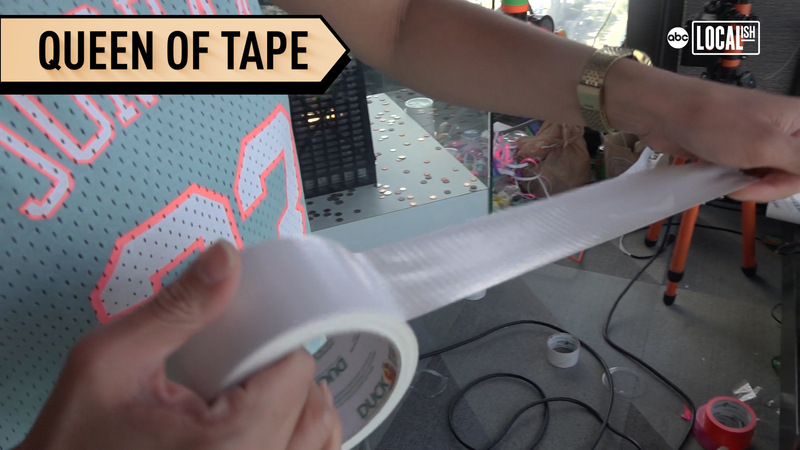 CHICAGO -- Artist Anna Dominguez, also known as "Queen of Tape," has displayed a new piece made entirely of duct tape on the windows of the John Hancock building in Chicago for her first-ever exhibition.

The 360 Chicago Observation Deck will be hosting the exhibit as well as displaying some of Dominguez's most popular art pieces, one of them including the Serena Williams portrait.

"I am working with my medium tape and for the first time I am also working on glass. I usually work on wooden panels," said Dominguez.

The piece called "Fix You" portrays images and messages related to the conversation surrounding mental health. The 360 Chicago Observation Deck invites the public to see the art work up until November.

Robby Nichols, marketing manager for 360 Chicago, said they host a series of Chicago artists in their space. He said Dominguez caught their eye for her specialty in making art with duct tape.