AT least 120 of people were killed Friday in a series of attacks around Paris. As many as 100 people were taken hostage at the Bataclan music venue, where the American rock band Eagles of Death Metal was performing. Here is what you need to know about the band.

Eagles of Death Metal was formed in Palm Desert, Calif. in 1998 by childhood friends Josh Homme of "Queens of the Stone Age" fame and Jesse Hughes. Hughes and Homme are the only two permanent members of the band.

The name came from when Homme noted that a song from the band Vader sounded like "the Eagles of death metal," according to The Prague Post. Homme liked the term so much that he used it as the name for his band, which doesn't actually perform death metal. Homme described the band's music as "bluegrass slide guitar mixed with stripper drum beats and Canned Heat vocals."

Eagles of Death Metal released their debut album "Peace, Love, Death Metal" in March 2004, with many songs from the album going on to be featured in several TV commercials and in the trailer for the film Thank You For Smoking.

The band received bigger recognition with their first headlining tour and the release of their second album "Death by Sexy" in 2006. The band would continue to gain popularity with the release of their third album "Heart On" in 2009. Many songs from their second and third albums were included in advertisements and in video games like "Guitar Hero 5" and "Tony Hawk's Project 8."

The California band released their latest album "Zipper Down" on October 2 of this year. It hit No. 59 on the Billboard 200.

Although the band has become more popular every year, Eagles of Death Metal have maintained a reputation as being an underground favorite, whose energetic performances and fun lyrics have made them endearing to rock fans across the world.

The band managed to escape out a backstage door, relatives told KESQ-TV . 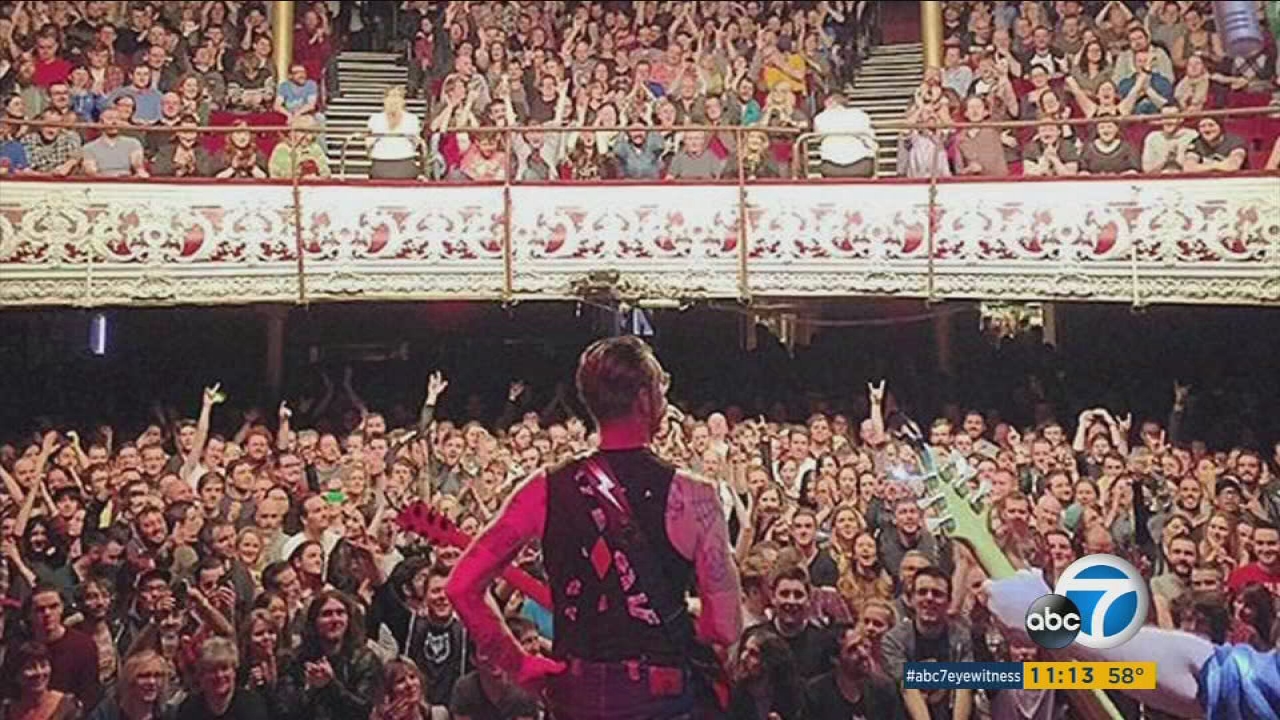