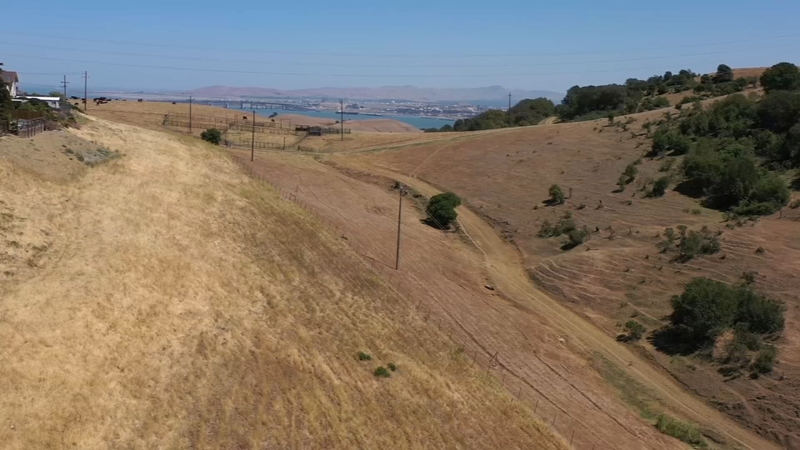 OAKLAND, Calif. (KGO) -- The East Bay hills and valleys are at extreme risk for fire danger for Mother's Day weekend which is unusual for this time of year.

In 2020 the earliest Red Flag Warning was in July, according to Oakland Fire Spokesman Michael Hunt. This year we're starting two months early.

"What we are seeing right now is very scary and very severe which is happening in early May. We are taking that very seriously and know that many of our jurisdictional patterns in Berkeley and San Leandro and Alameda County are looking into it very seriously," said Hunt.

From 11 p.m. Friday to 6 a.m. Monday the East Bay hills will be on the highest alert, a Red Flag Warning. Wind gusts of up to 50 miles per hour and dry conditions are playing a key role in potential wildfires.

"You are going to see patrols in the Oakland Hills. We prepositioned multiple wild land apparatus at various stations around the city that will be responding to any report of a vegetation fire," said Hunt.

EXCLUSIVE: Inside look at how CAL FIRE is gearing up for tough fire season

Joaquin Miller Park is officially closed until next week.

Park Closures: Joaquin Miller Park is Closed on all Red Flag Days. The park closure shall be lifted once the Red Flag conditions have subsided and the National Weather Service has lifted the warning for our regional area. Depending on the current conditions and staffing capacity, the East Bay Regional Parks are often also closed during Red Flag events.

No Parking: All vehicle traffic is prohibited from stopping at all lookouts and turnouts on Grizzly Peak between 9 p.m. and 6 a.m. Cars parked illegally at these locations during these hours are subject to citation. Barbeques are prohibited in all City parks when there is a Red Flag warning in effect.

"This is an area that is most likely to see an ignition rapidly spread into a wildfire. As you can see we are essentially in redwood forest here," said Miller.

According to Hunt there are over 20,000 residents who live in Oakland's highest fire-prone areas. Normally there would be inspections taking place in mid to late May. It's early May and none of those inspections have taken place.

"We are concerned every year," said Hagit Miller, Oakland resident. Miller's 11-year-old daughter Natalie Miller says she's only heard stories about fires in the Oakland hills, and hopes she never has to experience one.

"I hope we keep it that way," said Natalie Miller.

On Friday night, Mayor Arreguin reminded residents to have an emergency bag ready and for those in the hills to clear the way for fire engines.