DANVILLE, Calif. (KGO) -- Friends, family and colleagues are mourning the loss of five people, including three Pacific Union Real Estate employees, who were killed when a twin-engine Cessna that took off from Concord crashed in Orange County.

"Of course, it's extremely shocking. Extremely shocking," said a tearful Mojdeh Saleh as she stood on the front stoop of her friend Floria Hakimi's Danville home. A prominent realtor, Hakimi died along with four others in the crash.

"She was caring and wise and she was such a contribution to society," Saleh said of her 62-year-old friend.

Hakimi and her 32-year-old son, Navid Hakimi, were both on the Cessna 414, piloted by Diablo's Scott Shepherd, whose 42-year-old wife Lara was also on board.

Floria Hakimi, Lara Shepherd and a fifth victim, 29-year-old Nasim Ghanadan, all worked together in the Pacific Union Real Estate office in Danville.

"Our whole organization is just in shock and disbelief," said Brian Moggan, Pacific Union's Vice-President for Contra Costa County and the manager of the Danville office.

"Our hearts just go out to the families, everybody we lost. Everybody in our company. We're just devastated by the news," he said.

Scott Shepherd, 53, was President and CEO of a San Francisco company called Category III, which also owned the plane that went down.

Scott and Lara Shepherd lived in Diablo and are survived by their two young children, both students at Danville's Green Valley Elementary.

Liz Hurwitch with the San Ramon Valley Unified School District told us plans are underway to support the Shepherd family and provide counseling for staff and students when classes resume next week.

Besides real estate, Floria Hakim was a teacher of meditation and practical philosophy.

"We believe that our energy is forever here, here, there everywhere," explained Saleh. "So she is everywhere."

#DEVELOPING Friend of Lara and Scott Shepherd, killed Sunday in SoCal plane crash. “He was a very experienced pilot...flew many many years.” pic.twitter.com/5lh9SBbHEy

.@pacunion #Danville Nasim Ghanadan was the youngest of 5 plane crash victims. “Nasim was a joy to be around. She just embodied life.” pic.twitter.com/5qtq1AWeV3 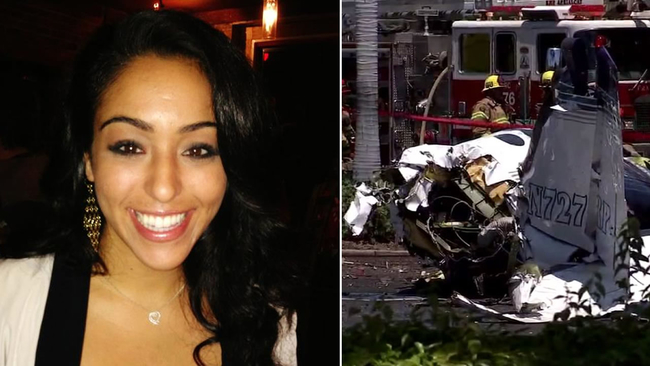