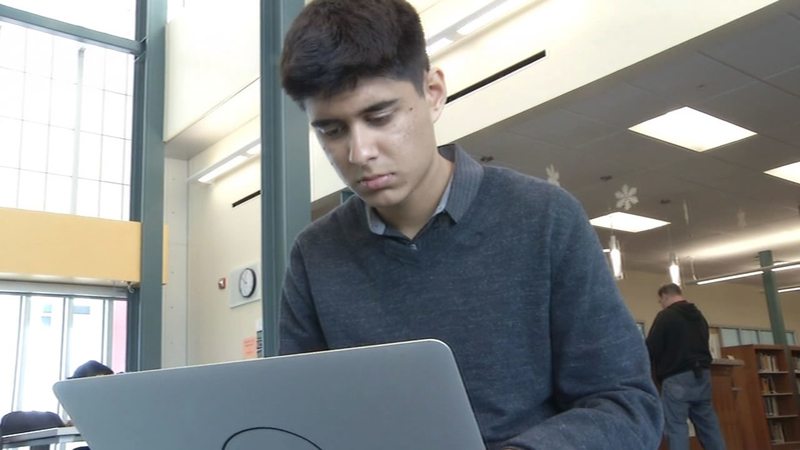 CUPERTINO, Calif. (KGO) -- This marks the 10th year ABC7 has celebrated student achievement with the "Star Scholars" program. Every year, we reward seven high school seniors with a $1,000 scholarship each toward his or her college education.

Tanay Tandon is an innovator who is inventing life changing apps.

"I just like building things whether that be using hardware, computer science, whatnot," Tandon said. "I'm a maker of sorts."

This ABC7 Star Scholar and recent Cupertino High School graduate uses his love of computer science to create new technology to help simplify and save lives.

"My grandfather was a pathologist in India," Tandon said. "He worked in rural areas and had his own clinic. People would line up almost every day to get blood samples taken. That sort of, I guess, from the beginning has inspired me that I want to work on things that impact world populations, especially in the health sector. I'm using computer science to mimic that the best way I can."

That's why he's staying in Silicon Valley to continue his studies in computer science and math at Stanford University.

"It's such a cool feeling to see someone using something you've built that poured yourself into. I think it leaves behind a nice legacy in terms of whatever it is that you thought of and what you want to build," Tandon said. "That's my only goal, just continue building things and working on products."

This is the tenth year for ABC7's Star Scholars program, where ABC7 gives recognition to seven outstanding students, each of whom receives a $1,000 scholarship toward his or her college education. Watch Sunday, July 12 at 6:30 p.m. to learn more about all of our Star Scholars!