KGO
By Lyanne Melendez
For those of you involved in the college application process, you know Friday is an important deadline. Many students decide to apply for early action or early decision to universities, but what about those affected by the Kincade Fire or PG&E shutdowns?

Let's start out by explaining the difference between the two.

When a student applies for "early decision" to a college, it means, if a university accepts you, you are committed to that institution. "Early Action" on the other hand is non-binding -- you're accepted early on but you can chose to go somewhere else.

Your chances of getting into that school increase by applying early.

Both have a deadline of Nov. 1, except for those affected by the fires and power shutdowns.

"We wanted to be respectful of all the folks who have been impacted by the fires and power outages and so on in Northern California," said Michael Beseda, USF's Vice Provost.

USF expects to get about 80,000 early decision or early action applications by this evening, more now that the deadline was extended by 15 days.

"And most apply right around the deadline. Two-thirds of all students will apply in the three days leading up to the deadline," explained Beseda.

When a student applies to several colleges, he or she uses what is called the common application. One application for all schools.

On Friday, the Common App sent a memo to all high schools stating:

"If students are concerned about missing deadlines as a result of the wildfires, we'd encourage them to reach out to the colleges to which they are applying."

That's exactly what Stanford is telling early applicants to do.

Here's what now appears on their page for students who may be affected by natural disasters or other extreme situations:

"Students seeking an extension to the deadline should contact our office at credentials@stanford.edu"

John Damato, of Novato, is a student at USF. He remembers last year when some of his friends were granted an extension following the wild fires up north.

"They are off dealing with housing burning down and schools being shut down and stuff. They have a lot to worry about besides school," Damato told us.

By the way, the UC system does not have an early action or early decision program, so the extension does not apply in this case.
Report a correction or typo
Related topics:
educationpower outagepg&ebrush firepg&e public safety power shutoffwildfire
Copyright © 2020 KGO-TV. All Rights Reserved.
RELATED
Solar companies see surge in demand for battery storage with PG&E power shutoffs 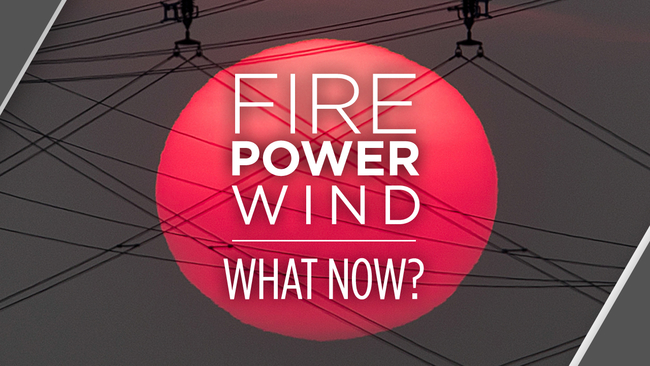