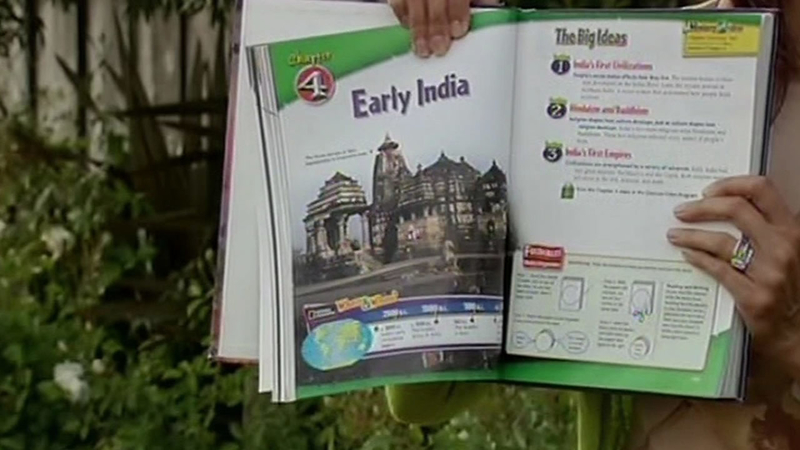 It's one local groups' attempt to save references to both India and Hinduism that are taken out in California history books.

Two South Bay teenagers don't like the way India and Hindus are portrayed in junior high text books. They're worried that things could get worse after a group of South Asian studies scholars proposed 75 edits to California public school history books for sixth and seventh graders.

The most offensive changes for those at the Hindu American Foundation include referring to India as South Asia, to Hinduism as simply a religion of ancient India. "There is something malicious here in an attempt to erase or minimize the contributions of Indian history and civilization," HAF spokesperson Samir Kalra said.

ABC7 News reached out to several of the scholars, but they did not return any calls.

Another professor started an online petition to get the state's board of education to throw out the proposed changes.

The current history book used by sixth graders in Campbell has 35 pages dedicated to India and Hinduism. If things change, the word India would be replaced by South Asia. "India is such a big country and they're just generalizing it to South Asia," one girl said.

"I'm honestly shocked as to why India and Hinduism is being held to what I think is a double standard, we don't refer to the Greeks as being part of South Eastern Europe," Madhav Nekkar said.

The Board of Education will decide whether to adopt the changes in May.

There's a move to change references to#India & #Hinduism in #Ca history books. #DonteraseIndia is trying to stop it pic.twitter.com/6JCpWz5k6x