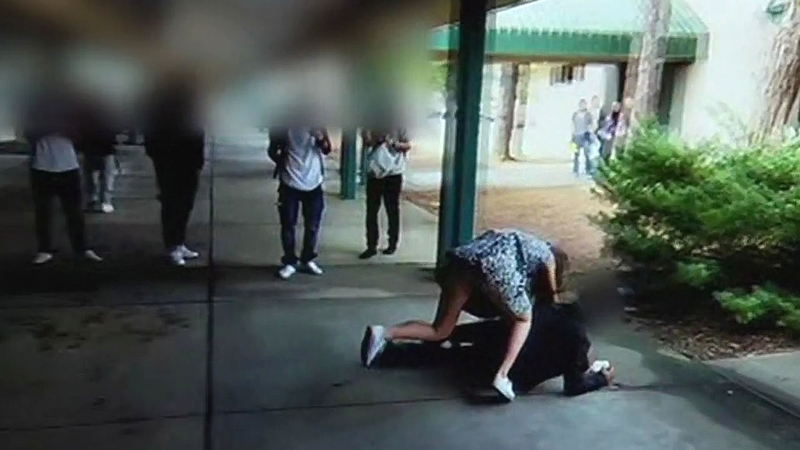 SONOMA, Calif. (KGO) -- Video of a school fight that took place at Sonoma Valley High School has gone viral. The girl is shown kneeing another student in the face. She will now face charges.

The school wished the video had not gone viral. It was shot on a cellphone and shows a teenage girl taking down another student and twice kneeing him in the face then landing on him.

The 17-year-old girl does not attend Sonoma Valley High. A teacher ran after her and tried to catch her, but the girl quickly took off. 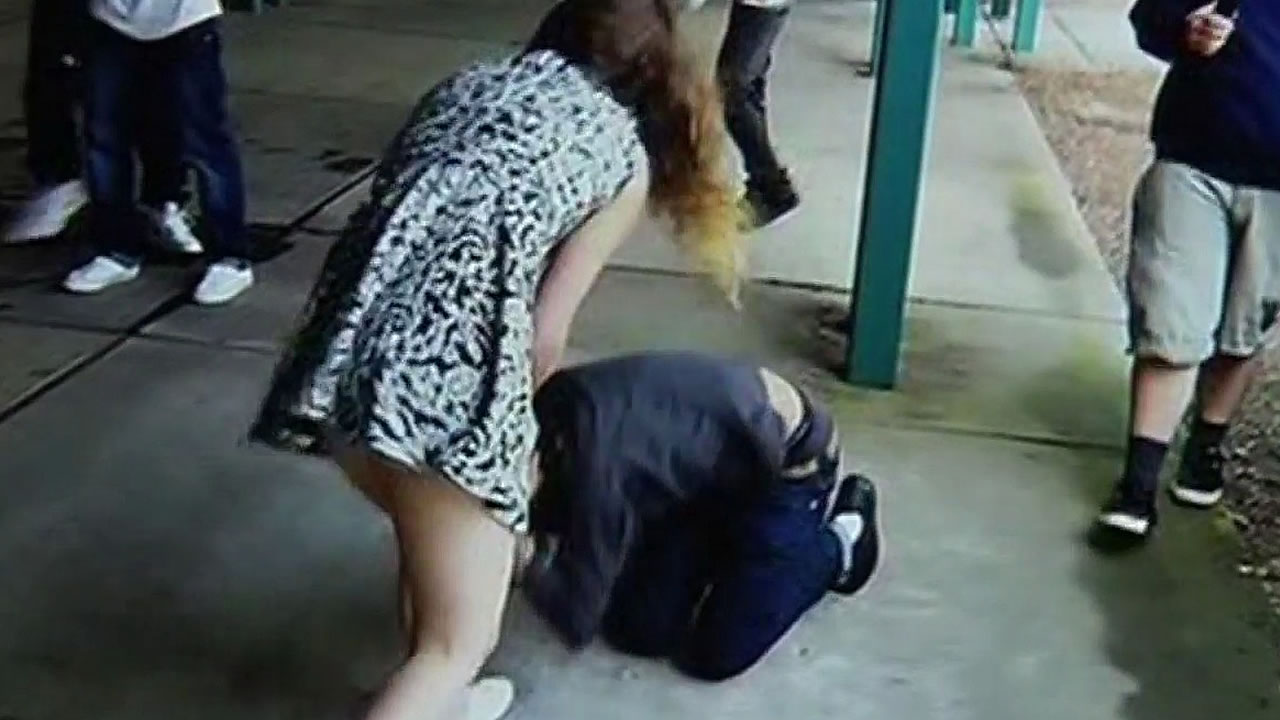 The video went viral after Kit Dale, an actor and a black belt from Australia, posted it on his Facebook account. Facebook has refused to take it down despite requests made by the school district.

The Sonoma County Sheriff's Department was at the school Wednesday filling out a report. The young girl attends Creekside Alternative High School which shares the same campus.

We now know she will be charged with one count of battery on school grounds and will be referred to the Sonoma Valley Youth and Family Services program. If she refuses, she'll go before the Sonoma County Juvenile Court.

Parents were notified by phone and were emailed a letter in English and Spanish stating the district takes all matters involving student safety very seriously.

Regardless, the incident has outraged some parents who say the school can do more to address the issues of bullying and social media. The school district has acknowledged the fight began when a student posted something online which irked the teenage girl.

When asked if she thought the school was doing anything about this fight, parent Vassie Dalakiaris said, "I think they are but not to a big point, but they need to do more."