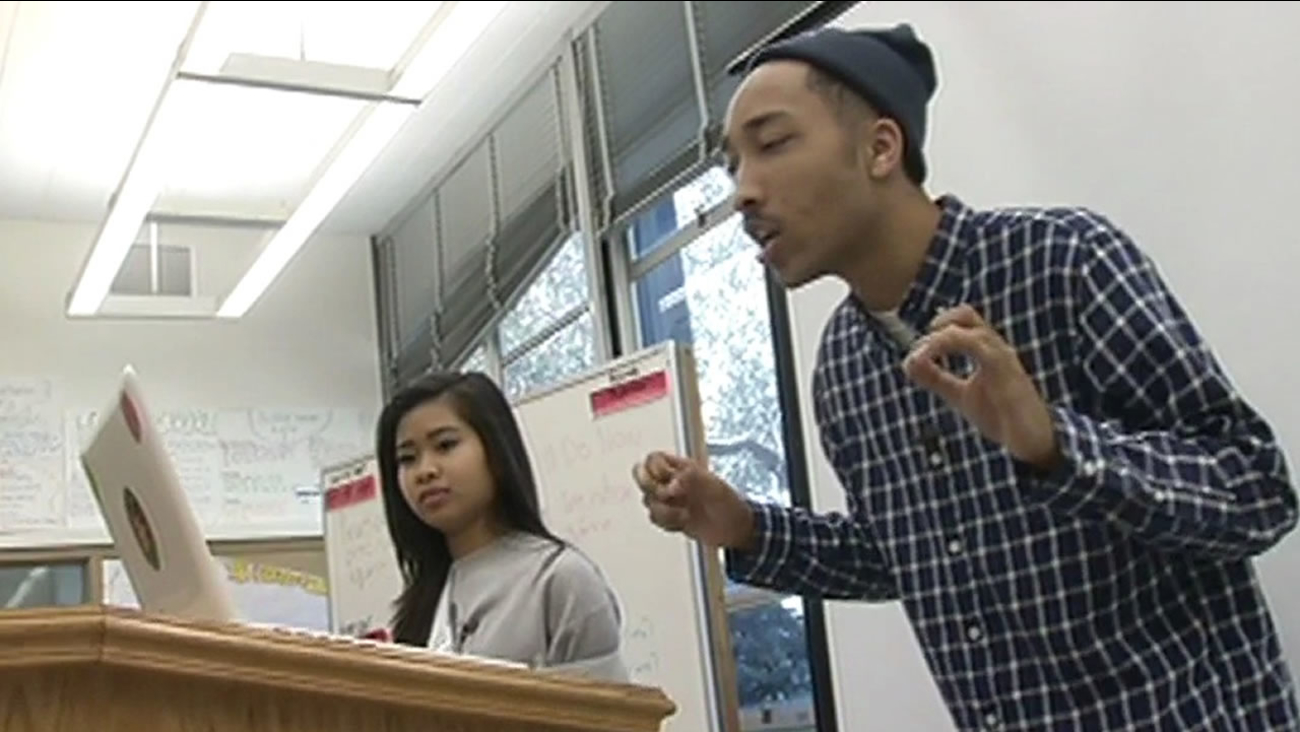 Leonard Thomas, 17, once had a 1.7 grade point average but is now a national debate champion headed to Cal.

OAKLAND, Calif. (KGO) -- An East Bay high school senior who once had a 1.7 grade point average is now a national debate champion headed to Cal.

Leonard Thomas, 17, says being hungry helped him turn things around.

"You need to recognize my mother tongue because I'm living in a concrete jungle," Thomas said, combining words with rap to try to change the way his world is perceived.

"Only a proactive community can be able to create any forms of change," he said.

Winning arguments is what Thomas does best. He's the Debater of the Year, according to the National Association of Urban Debate Leagues - beating out thousands of students.

"To be the top debater of those many is like, wow, I didn't thought I'd be able to do that," Thomas said.

A few years ago, Thomas was dealing drugs on Seminary Avenue in Oakland.

"Which the saying for them is, 'Seminary will literally put you in the cemetery. If you want to get buried then try to act scary,'" he said.

His parents are divorced. When he stayed at his father's home, there was sometimes not much to eat until, oddly enough, Thomas discovered the debate team at Skyline High School.

"I was like hey, I can get free food over here and I can be with some friends," Thomas said.

That would forever change his life, and the debate team became his family.

"I went to Washington, D.C. twice, all expenses paid. That was not going to happen. I got to go to the White House," Thomas said.

Today he mentors others on his team while receiving top honors at other competitions.

"Letters coming in from other schools just congratulating us for that and you don't see that in the debate community," Debate Coach Darrell Kinney said.

Thomas is an example of how President Obama's initiative called My Brother's Keeper is helping young men of color succeed.