KGO
SAN LEANDRO, Calif. (KGO) -- It might have been tempting to mess with it, but some East Bay kids did the right thing when they reported a sick bat on the playground.

It happened at Jefferson Elementary School in San Leandro and we now know that the bat was in fact rabid.

Jefferson Elementary student Isabel Montana says her brother and some friends found a sick bat crawling on the playground.

It happened last Wednesday and the test results came back positive for rabies on Friday. The school immediately notified the parents.

Alameda County Vector Control doesn't think anyone was exposed to rabies because the children did exactly what they were supposed to do.

Jefferson Elementary School principal Guillermo Morales said, "The kids did the right thing. They didn't touch it. They told the first adult they saw, who was the custodian, so they told him and he went ahead and covered it up so no one could touch it."

The Mexican free-tailed bat, which is common in the East Bay, is the first rabid bat documented in Alameda County this year. Last year, there were two in the county and 150 statewide. The rabies virus is contracted through the animal's saliva.

Daniel Wilson from Alameda County Vector Control said, "If it's freshly dead or your dog had it in its mouth... and you grabbed it, it turns out it had rabies, you might have a significant exposure." 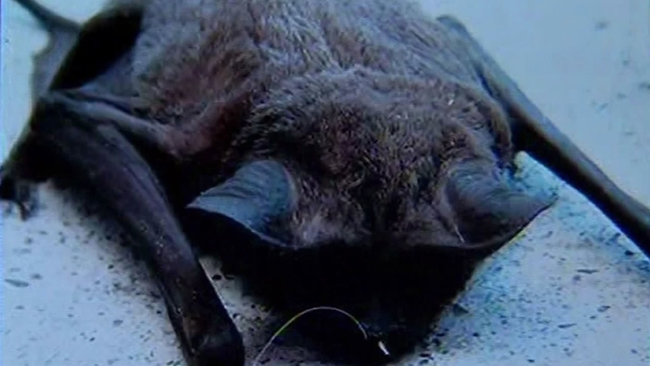