BERKELEY, Calif. (KGO) -- A group of students and activists have taken over Wheeler Hall at UC Berkeley following a vote by a committee with the UC Board of Regents that supports a tuition increase.

The group of at least 100 students plans to stay in the campus building until the regents agree to drop the tuition increase plan, according to Ronald Cruz, an attorney for the activist group By Any Means Necessary.

The committee voted 7-2 Wednesday in favor of a tuition hike of as much as 5 percent annually for the next five years today despite opposition from figures including Gov. Jerry Brown and Lt. Gov. Gavin Newsom. 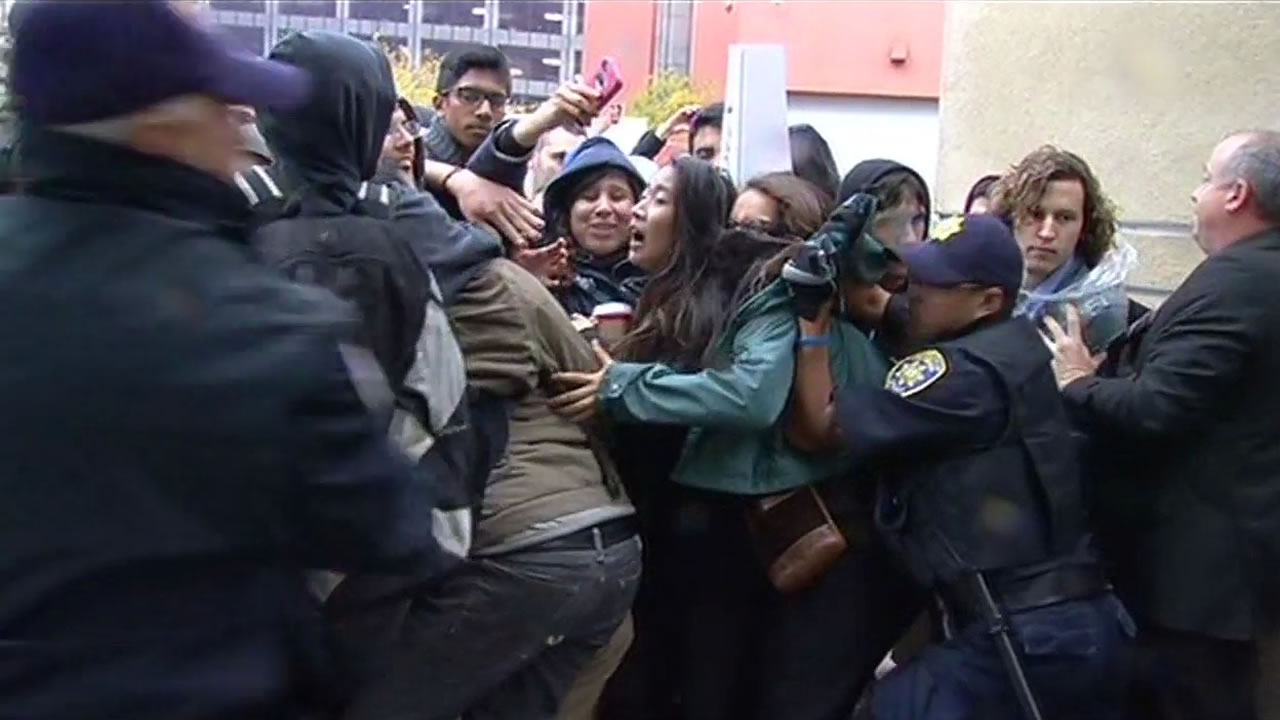 UC students angry over possible tuition hike
The UC Board of Regents finance committee voted to authorize annual tuition increases of 5 percent between 2015 and 2019.

Students also protested at the meeting at the University of California at San Francisco's Mission Bay campus Wednesday, linking arms and attempting to block UC regents from entering the meeting.

University police arrested one protester who allegedly broke a glass door to the building. The protester's name was not immediately being released.

Interruptions during UC regents meetings have become all too common, so is the discussion on why the University of California system doesn't seem to ever have enough money. Much of the blame is put on the state and its lack of proper funding.

"We need to do what we need to do," UC Regent Norman Pattiz said Wednesday. "The way to really do this is for the state to step up and give us back the money we need to accomplish the things that we are demonstrating we are on the road to accomplish."

The UC argues that what the state gives them is not enough and that's why UC President Janet Napolitano proposed a tuition hike of an additional $612 a year. Over five years, tuition for a California resident would increase from $12,192 to more than $15,000. Tuition rates at the 10 UC schools have been frozen for three years.

"We need a long-term financial plan that will allow us to grow California enrollment, maintain our unparalleled financial aid program and reinvest in academic programs," Napolitano said.

Gov. Jerry Brown promised the University of California would get four years of general funding increases, as long as tuition levels remained flat. Wednesday he voted against the fee hike.

"There is money available, we're not talking that there is a scarcity here that makes it impossible to live with," Brown said.

Instead, the governor is proposing the creation of a select committee to find ways to reduce the university's cost structure.

In the meantime, the Speaker of the Assembly, Toni Atkins said she would vote against the hike, but would work to get the legislature to approve more funds.

"I think there are other alternatives," Atkins said. "I think the system does need more resources and more money. I believe when I put the legislation forward and I'm going to continue to work on that."

The proposed tuition hikes still must be reviewed by the full Board of Regents on Thursday. The proposal is expected to pass. 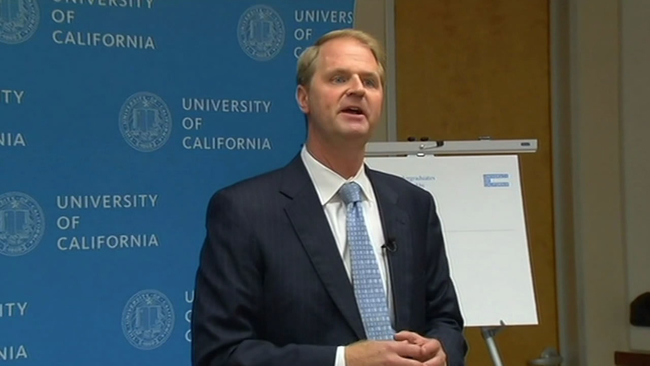