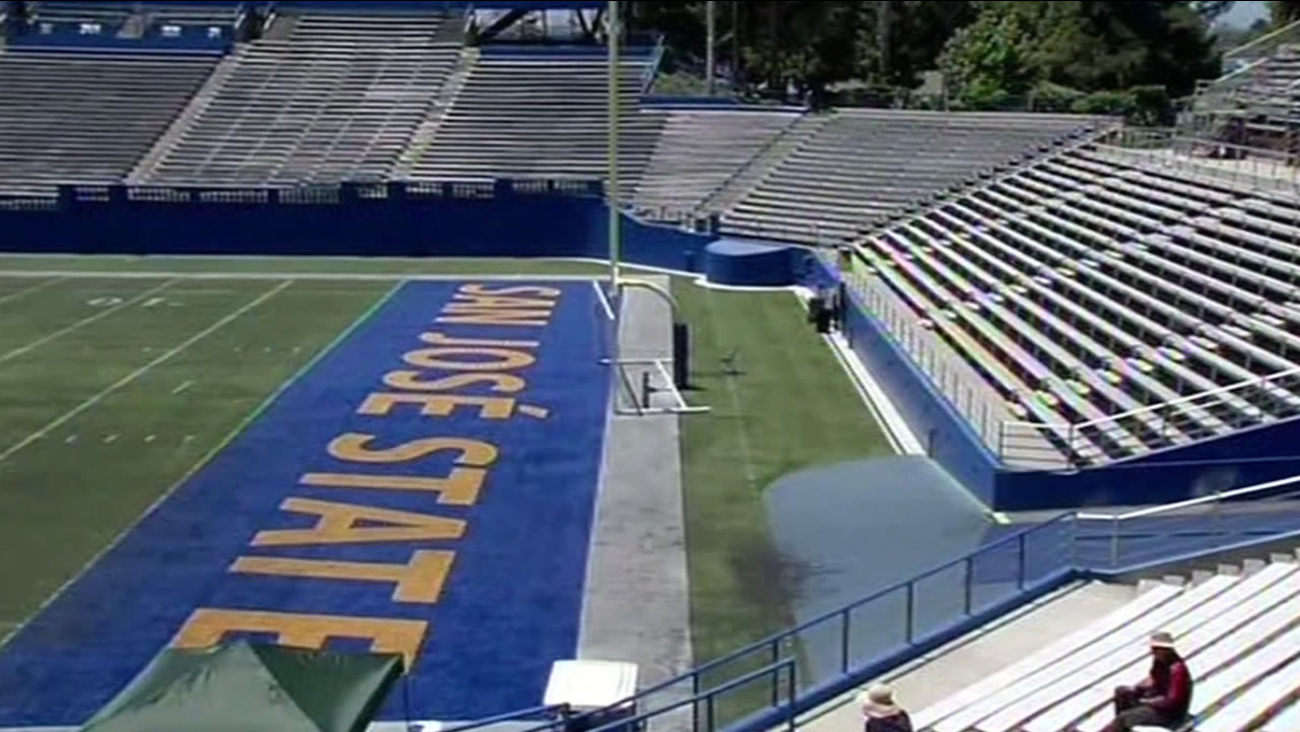 A San Jose State University football player has been suspended after an on-campus altercation. (KGO-TV)

SAN JOSE, Calif. (KGO) -- A San Jose State University football player has been suspended after an on-campus altercation. ABC7 News spoke to parents who say their son was attacked by a teammate.

A frustrated Vallejo mother is trying to make sense of it.

"My concern was getting hit at practice, even at practice, or even getting hit during a game, but not off the field, in that type of situation," Belinda Miller, the parent of s SJSU football player, said.

Her son, sophomore Chad Miller, says he was struck in the head with a skateboard on Tuesday by a fellow SJSU football teammate.

"The way it happened, it shouldn't have happened like that," Belinda said.

Chad said he was just trying to motivate incoming freshmen to finish their reps during an afternoon workout, but one of them allegedly took offense with his tone and attacked him later that night at his dormitory on campus.

Two of the bones in Chad's face were fractured. Doctors say he'll make a full recovery and will be back on the field in a month.

The SJSU Athletics Department declined our request for an on-camera interview. They have not released the name of the alleged attacker, but told us he has since been suspended from team activities. Campus police say he faces potential charges, including assault with a deadly weapon, causing great bodily injury.

Chad's parents hopes this serves as a learning experience.

The family is keeping their spirits up for the sake of the team.