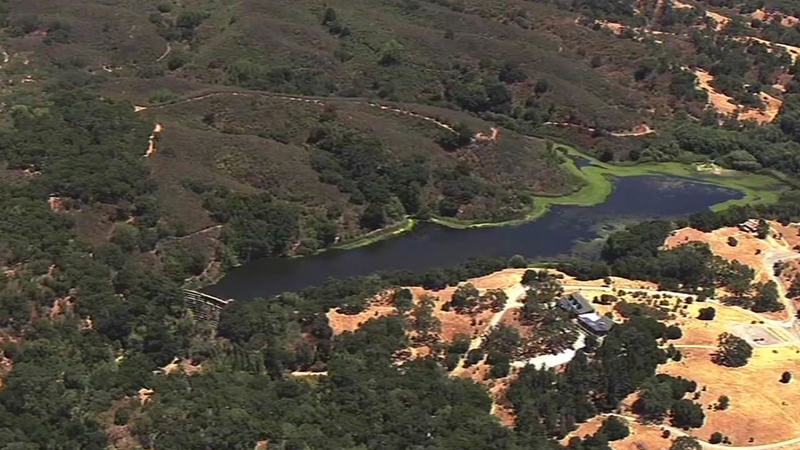 PALO ALTO, Calif. (KGO) -- Stanford University is finding itself at the center of an unlikely environmental battle. It centers on an aging dam and the barrier it creates for native fish. A decision on whether to tear it down is expected later this year.

Lush trees grow along the banks of San Francisquito Creek Palo Alto, but there is no water this time of year. That's because a dam, owned by nearby Stanford University, keeps it from flowing.

Kerri McLean is with American Rivers, a national environmental group. She said, "We are at a critical turning point and a huge opportunity to really make a difference in this creek."

"It's surprising," said McLean, "A lot of people don't even know that there's this 65-foot dam right in their backyard and that's because it is on Stanford's Biologic Preserve, which is behind a fence. So people, really, they just can't see it."

SKY7HD gave us a birds-eye view of the dam and surrounding area.

Searsville Dam was built in 1892, originally to supply water to the city of San Francisco, but there was one small problem -- it wasn't drinkable. For 80-years the lake served as a source of family fun and recreation.

In the 1970's, Stanford closed it to the public because people wandered through and ruined too many experiments.

Today the water behind the dam is used irrigate campus lawns and the university golf course.

The dam blocks a series of creeks and streams above it.

"It is good habitat for steelhead, but the steelhead can't make it to where we are standing because of Searsville Dam, just a short distance downstream," said attorney Christopher Sproul.

Environmentalists say the fish are still using San Francisquito Creek. The fish work their way from the bay, only to be stopped by Stanford's dam.

"They are taking water out of these local creeks, that are critical habitat for endangered fish, to irrigate a golf course and campus lawns," said Sproul.

The university declined to be interviewed for this story citing the pending litigation.

In 2012, the university did agree to study the dam. The options included, doing nothing, modifying the dam, tearing it down, dredging the reservoir, or building fish ladders to allow fish to go upstream. Stanford owns much of the upstream watershed.

Removing the dam would be costly and may have other consequences beyond just having to find a new source of water.

Stanford uses much of the surrounding area for experiments on how human activity affects ecosystems. Tearing down the dam could endanger long term experiments, or cause flooding downstream.

Then there are environmental concerns, like what to do with all the silt backed up against the dam. It can't just flow into the bay.

Still, environmentalists believe removing the dam is the only way to ensure steelhead will return to historic streams.

"Stanford is going to make a decision, or so they say, by the end of this year on whether or not to remove Searsville Dam. We see that as being one of the best opportunities in the country to restore a river this year," said McLean.

The university told us it expects to conclude its study this fall.