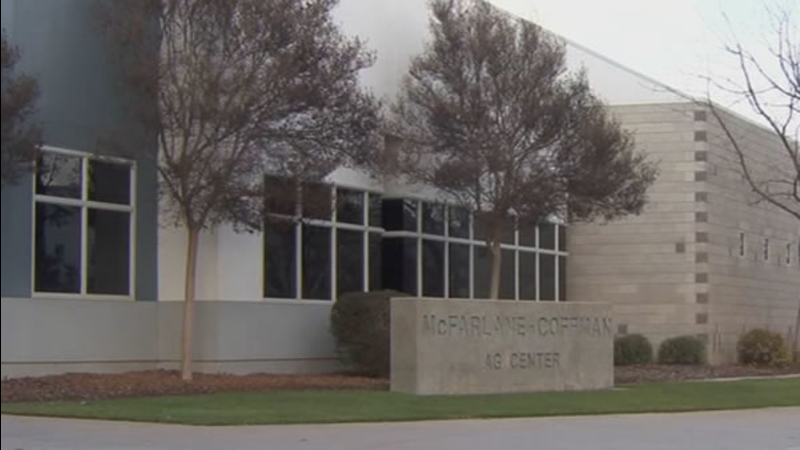 Student claims Clovis East teacher said to, "go back to your country" for sitting during flag salute

FRESNO, Calif. -- It was first period last Wednesday, as everyone rose for the pledge of allegiance, one Clovis East student decided to remain in her seat, setting off a social media firestorm.

At the center of the controversy is ag teacher Ken Dias. The student named him in an incident report, claiming he publicly shamed her for not standing for the flag salute.

The report claims Dias used racial slurs such as, "go back to your country" and "you're a disgrace." The school district won't comment on if Dias was disciplined but students noted he was absent on Thursday and Friday.

The long-time educator is well-respected and a recipient of many awards. Parents say they are waiting to hear both sides of the story before they judge. Dias has not responded to these allegations.

Many students are voicing displeasure on Twitter. Senior Tiffany Trang has been rallying students to sit during future flag salutes. She released a statement saying "remaining in our seats during the poa is a protest against racism."

A Clovis Unified spokesperson issued the following statement:
Personnel matters are by law confidential, and I cannot speak to any particulars involving individual staff or students. That being said, I can assure you that it is our expectation at all times that our campuses are environments in which students and adults treat each other with mutual respect. Our staff plays an important role in the creation of such an environment. Any situation in which our expectations for mutual respect is not met would be cause for concern.

Additionally, our goal is the creation of a secure learning environment that allows students to fully engage in the educational process free from political or religious partiality. If a student feels compelled to opt out of the daily patriotic observance it is his/her right to do so and a staff member should not directly interfere with the student's exercise of Free Speech. Additionally, a student would not be disciplined for peacefully electing to opt out of a patriotic observance. This type of situation is very similar to our long-standing allowances for students whose religious beliefs preclude them from participating in patriotic observances.

Our guidance to staff earlier this year related to students' options regarding patriotic observances, included an expectation that Clovis Unified educators play a critical role in the creation of welcoming learning environments in which students feel free to engage in the learning process regardless of their personal beliefs. This includes avoiding the appearance of partiality toward any student, ethnic or cultural group, political or religious ideology, race, etc. Toward this end, staff are directed to remain neutral in their speech and behavior while representing Clovis Unified.