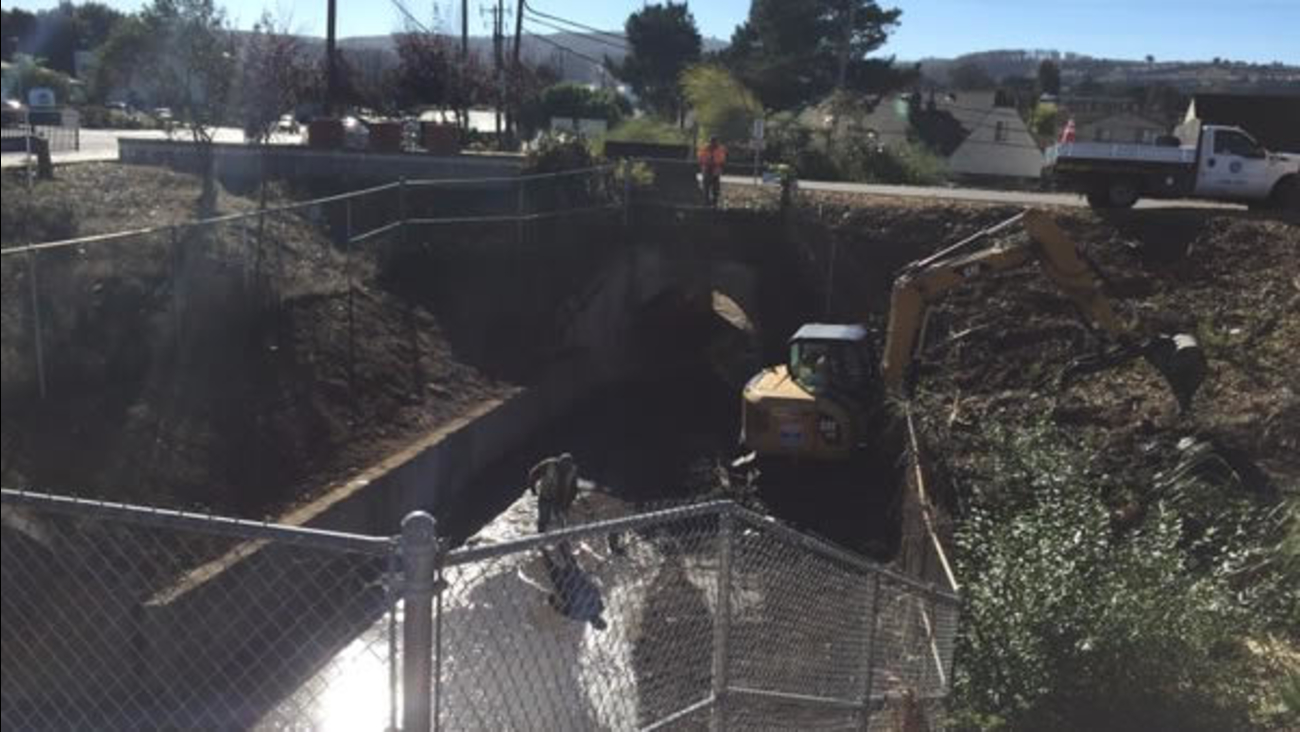 In this image, South San Francisco officials clear debris from the basin east of Centennial Trail to prepare for El Nino. (@CityofSSF/Twitter)

SOUTH SAN FRANCISCO, Calif. (KGO) -- Crews in South San Francisco are preparing for El Nino storms that could come our way this winter.

Crews used a bulldozer to clear out shrubs in a basin east of the Centennial Trail to make way for that basin to fill with rainwater if we get hit by storms.

The 1997-98 El Nino claimed 17 lives and caused more than half-billion dollars in damage throughout California. Compared to that El Nino event, this year's El Nino has spread warm waters further north. This is why the Climate Prediction Center is calling this one of the strongest on record.

VIDEO: What is an El Nino? Meteorologist Mike Nico explains 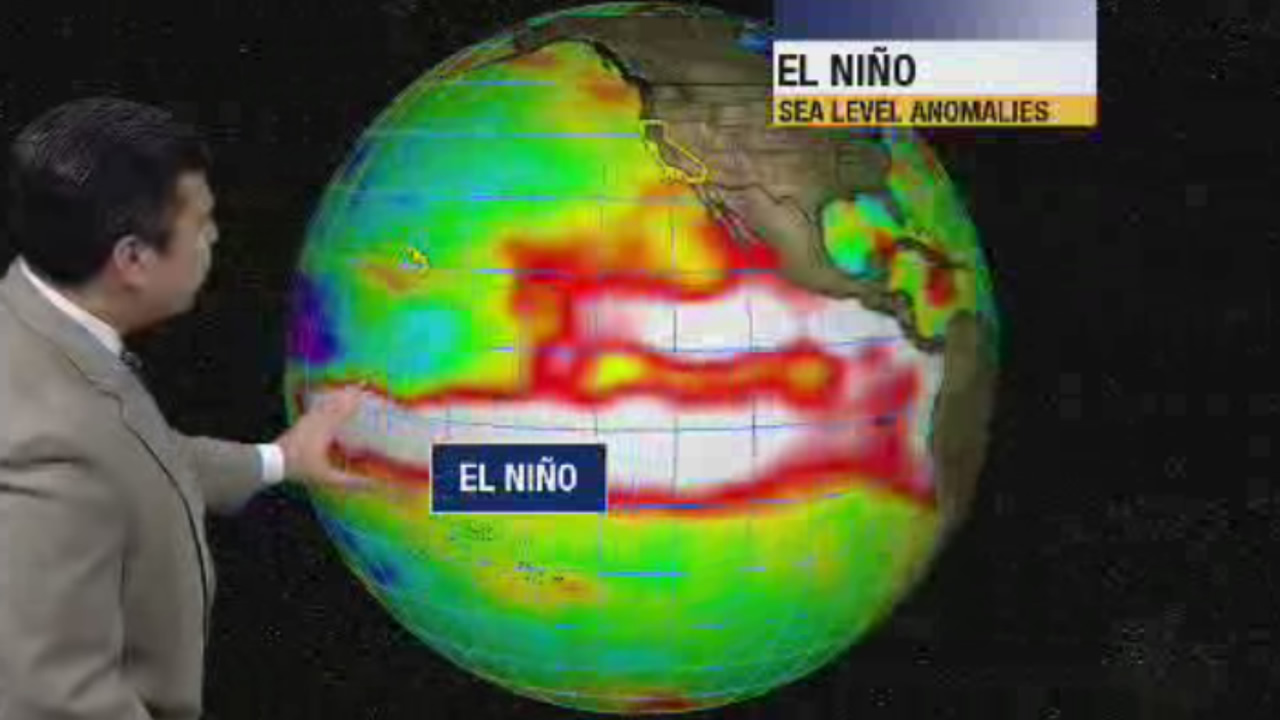 "This El Nino is larger, it's more intense, it's more deeply embedded in the ocean," said NASA climatologist Bill Patzert, who has spent more than 20 years studying El Nino.

For the Southland, that means a wetter rain season, which has many impacts including possible flooding, mud and landslides. Patzert says more doesn't necessarily translate into catastrophe.

"El Nino's tend to give you smaller storms, but more frequent storms," he said. "That's manageable, if we prepare for it and manage it."

The Climate Prediction Center is reporting a 95 percent chance the El Nino event will continue strongly through the winter.