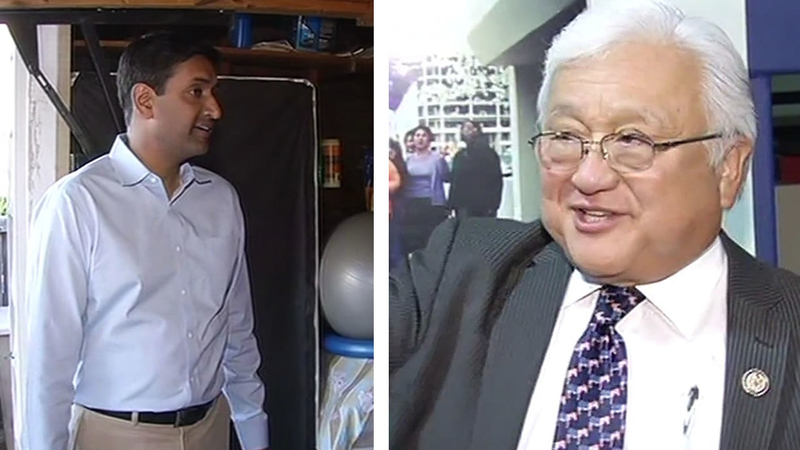 FREMONT, Calif. (KGO) -- South Bay voters are deciding which Democrat to send to Washington next year and it's been a bruising battle.

Seven-term congressman Mike Honda is hoping to stave off a challenge from former White House appointee Ro Khanna in the 17th Congressional District.

Analysts are predicting a razor-thin victory, but no one is sure who will be the victor.

Honda took time Tuesday afternoon to thank his army of volunteers the ones who have been on the phone and knocking on doors in the 17th District.

Honda has an advantage of being a seven-term incumbent, who has name recognition but who also is now representing Milpitas and parts of Fremont, as a result of redistricting.

Khanna is a new face to voters, backed by high-tech executives with deep pockets, who often uses the word change from the president Obama playbook. Khanna was a one-time presidential appointee at the commerce department.

As the campaign winds down, both candidates thanked their loyalists.

"This is tee time, and we're going to drive that ball 350 yards," Honda said Tuesday.

"I think this thing is going to come down to a couple thousand votes, and that means we've got to get our votes out," Khanna said

If the race is close, as many are predicting, it could be a long night before victory or concession speeches. There is even a possibility the winner might not be clear until Wednesday.