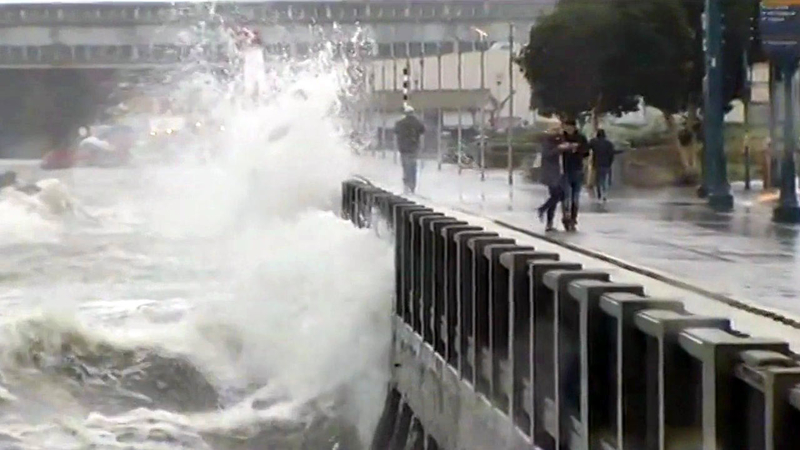 SAN FRANCISCO (KGO) -- The Embarcadero likely won't survive our next big earthquake, and it will take billions to fix the problem -- that's the dire warning the Port of San Francisco will hear later today.

The risk to this seawall is worse than officials thought and if the wall cracks it could cause problems on the Embarcadero.

The San Francisco Examiner obtained a copy of a study of the seawall that stretches from AT&T Park to Fisherman's Wharf. The report says it would cost $2 billion to fix the seawall. If they don't deal with this and a major earthquake hits, the Embarcadero could crack and that could cause damage to the road, buildings and utilities.

The owner of Pier 23 Cafe said she is not surprised to hear the seawall is fragile, but she is glad that port officials are finally paying it some attention.

"We have totally ignored our infrastructure and we are paying the price. It is scary when you look at the pictures of the waterfront restaurant wonder and you wonder is that waterfront restaurant going to fall into the bay? I mean that's really horrible when you think of all the businesses along the waterfront and seawall. Definitely money should be allocated for the seawall," said Flicka McGurrin, Pier 23 Cafe owner.