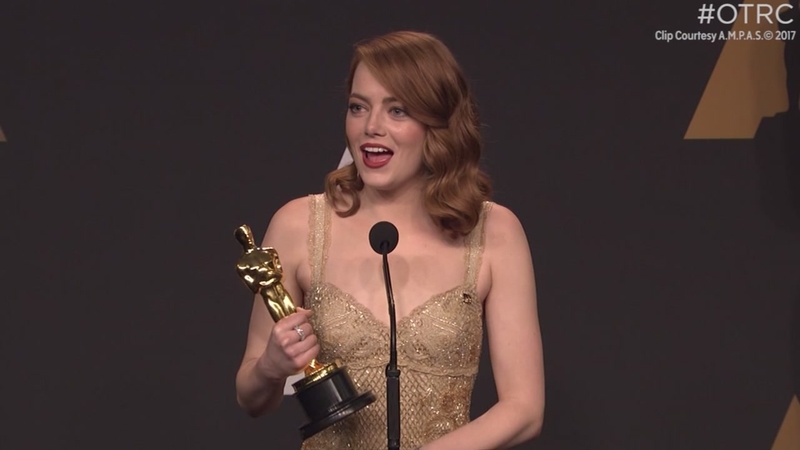 LOS ANGELES -- Emma Stone, fresh off her best actress win, said she loves "Moonlight" and is happy for the movie's best picture win, but she isn't sure how the "La La Land" best picture mix-up happened.

Actors Warren Beatty and Faye Dunaway were the announcers for the best picture winners and during the card opening, Beatty took a long pause and appeared to be confused. Dunaway ended up reading the card and said "La La Land" had won.

But as the cast and crew of the movie gathered on stage, producer Jordan Horowitz said "Moonlight" was the real winner of the category and eventually held up the card showing the win and subsequent mix-up.

During a question and answer session in the Oscars press room, Stone said she was holding onto her best actress win card the entire time despite Warren Beatty saying he had her win card, which is why he paused for so long during the announcement for best picture.

"I don't mean to start stuff, but whatever story that was, I had that card. So I'm not sure what happened," Stone said.