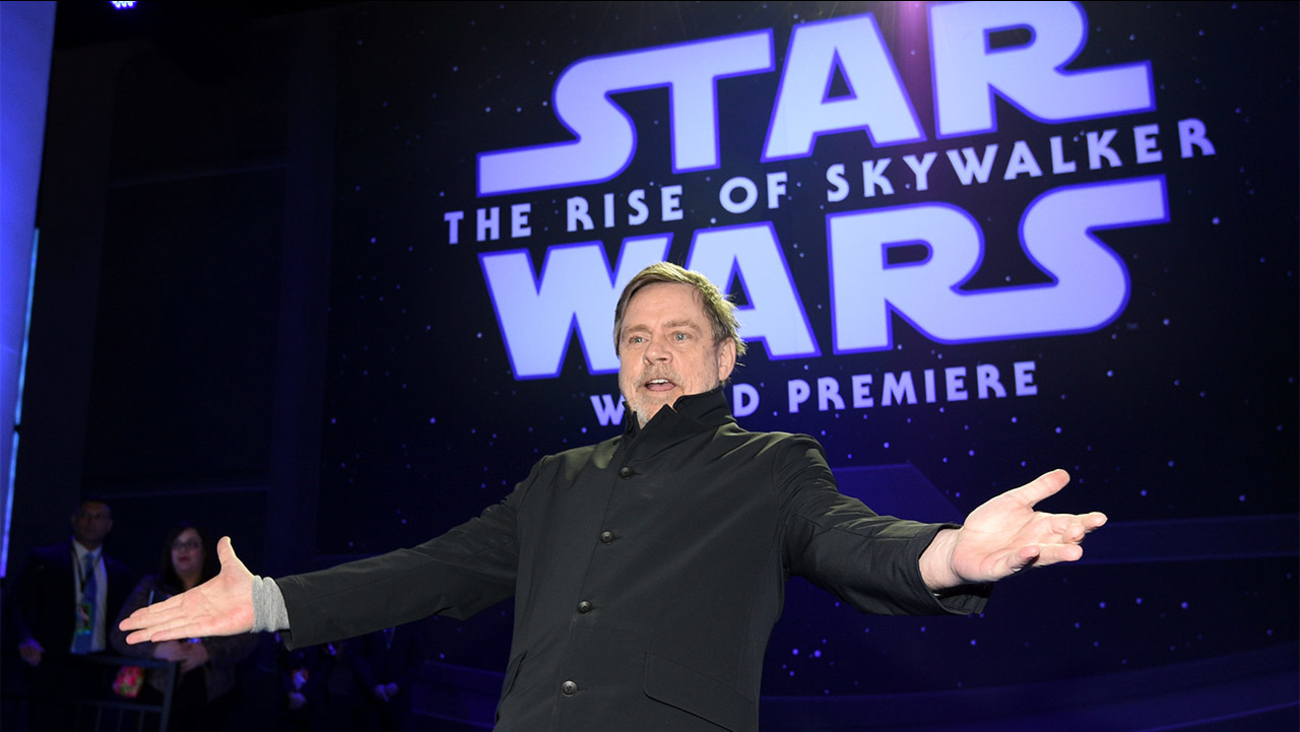 Mark Hamill arrives at the world premiere of "Star Wars: The Rise of Skywalker" on Monday, Dec. 16, 2019, in Los Angeles. (AP Photo/Chris Pizzello)

AP
FLAGSTAFF, Arizona -- The force was strong enough at an Arizona store to reunite Luke Skywalker with his long-lost vinyl record.

Actor Mark Hamill is praising workers at Bookmans Entertainment Exchange in Flagstaff for returning the "Star Wars: A New Hope" soundtrack that had been a gift from film composer John Williams.

Over the years in life, things go missing. Meet the staff of @bookmansflag- They found & RETURNED a record signed for me by #JohnWilliams I hadn't seen since the early 90's. I'm so grateful to them & hope you consider spending lots & lots of $ at their store. Many thanks, Mar🐫 pic.twitter.com/OeNel8M36l

Hamill said in a tweet Saturday that it felt "totally unexpected & positively surreal" to get back the record he hadn't seen since the early 1990s. He commended the store about 145 miles (233 kilometers) north of Phoenix for being honest and not selling it.

"I happily offered to sign any ("Star Wars") items they sent me," the actor wrote.

Totally unexpected & positively surreal. It was nice to get it back, but even more impressive that @bookmansflag
would go to the trouble of returning it, when they could have just as easily SOLD it! I happily offered to sign any SW items they sent me.😍 #WinWin #FlagstaffRULES!!! https://t.co/XkVHzvK08v

Williams had written on the vinyl's sleeve: "Dear Mark Hamill, May the force always be with us."

The record was one of numerous "Star Wars" items brought in by a woman after her father's death in 2018, the Arizona Daily Sun reported. Employees at the Arizona-based chain that sells used books, movies and CDs tried to verify the signature.

Micheil Salmons, the store's general manager, said they eventually tried reaching out to Hamill via social media. The actor confirmed it was genuine, and the vinyl was sent back to him.

Salmons said Hamill signed a DVD of "Star Wars: A New Hope" and two medals that are replicas of those given to his character and Han Solo, played by Harrison Ford, in the film.