Backstage at The CMA Awards in Nashville 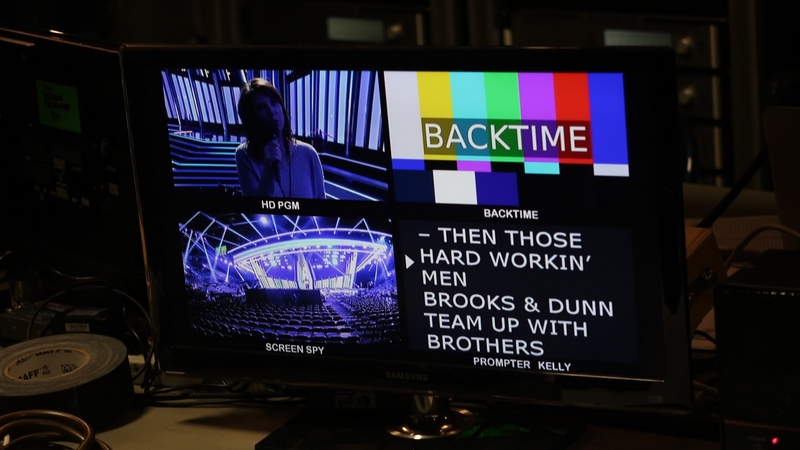 Backstage at The CMA Awards in Nashville

NASHVILLE, Tennessee -- The CMA Awards are still a few days away, but in The Bridgestone Arena, show preparations are well underway, on the biggest stage ever built for Country's Biggest Night! Sunday was not a day of rest for the army of people who stage the 53rd Annual CMA show.

"I wasn't nervous until I stepped into the arena," Zach Williams said backstage, adding, that this was his first ever CMA Awards. And no pressure - he has to duet with Dolly Parton on his song, "There was Jesus."

Williams told WABC-TV's Sandy Kenyon that when you're singing with her, "she makes you feel like you are the only person in the room."

Parton is a guest host of the show this time along with another legend, Reba McIntire. They join host, Carrie Underwood who said, "I'm just looking forward to hopefully absorb some of their greatness and just consider myself so blessed that I get to do this."

This is the week Nashville earns its title as America's Music City. "The excitement about CMA week really builds the Sunday before," said Sarah Trahern, who is the CEO of The Country Music Association, "so by the time everybody gets to the big, big night, they're ready to sit back and be entertained for 3 hours!"

ABC7 met her in the historic Ryman Auditorium in Downtown Nashville because it's her favorite place in the world to hear music, and it's also one of the early homes of the CMA awards.

If you listen closely, you can hear the history of country music and sense all of those who have come before you on this stage. "It feels like a family reunion every time the curtain goes up," the General Manager of The Grand Ole Opry told me, and Dan Rogers added, "with the CMA Awards, it feels like the family reunion of the year."

This year, the spotlight is on the female members of the family, and a big opening number will have two dozen of them on stage. "There's going to be a lot of really amazing, talented, strong, beautiful, smart women on that stage," Carrie Underwood predicted they'd be, "singing together, lifting each other up, and setting the tone for the night."