Barbara Walters in her own words

A two-hour ABC News special, "Barbara Walters: Her Story," highlighting her life and career will air Friday at 9 p.m. ET on ABC.
KGO
NEW YORK (KGO) -- Back in the day - meaning when I started at ABC, which was in December, 1992 - there was a star-studded cast of TV journalists. Good journalists to be sure, all of them, but celebrities in their own right as well.

But the best known of them all was Barbara Walters.

And she still is.

So now we say bon voyage to our colleague. And it's a strange feeling, surreal really, because 'round here Barbara Walters is like the Eveready Bunny. She just keeps on going. Or at least we thought she would. 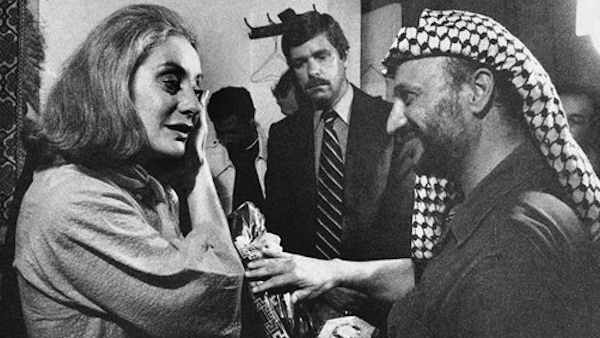 A year ago, Barbara announced that, after more than half a century on TV, she'd be hanging up her microphone - and while I heard her words, I didn't really believe she'd do it. After all, who worked harder than Barbara? Who was more tenacious? Determined? No one.

There are those who will bemoan the preponderance of celebrity journalism, and journalism as entertainment, but Barbara wasn't only any one thing. Not ever. She interviewed Presidents and Kings, terrorists and Prime Ministers. And yes she interviewed movie stars. She got many people who would never think of crying in public, to cry on camera. And, perhaps most importantly, she paved the way for women to work as journalists on television.

I feel honored to know Barbara. She has been my champion professionally, working as one of her 20/20 reporters. (She's so intense, so focused when working on a story!) And she's been my champion personally. When I got divorced, and it made the gossip rags, Barbara was the first to phone. Let me do something - anything - for you, she said. A dinner, a party, whatever. Oh if I were only 10 years young, she laughed. She made me feel great at a time when my private life became quite public.

The video attached here is my conversation with Barbara, and you will see and hear her say things she has not said before. It's intimate, it's candid, it's insightful. It's Barbara.