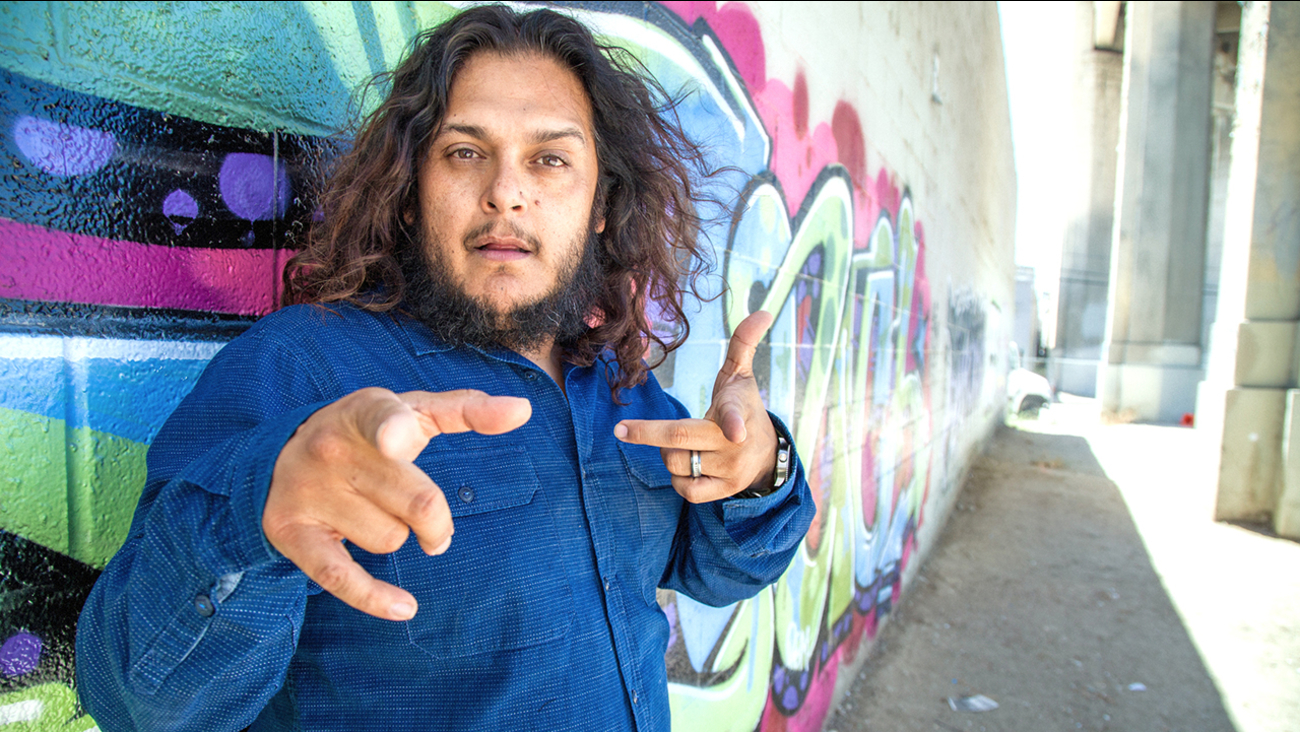 With his over-the-top success and overwhelming demand from fans, Felipe Esparza added new dates to his "Bad Decisions" tour, including a show at The Warfield. (Photo courtesy Rafael Cardenas)

SAN FRANCISCO (KGO) -- With his over-the-top success and overwhelming demand from fans, Felipe Esparza added new dates to his "Bad Decisions" tour, including a show at The Warfield and a visit to our ABC7 Studios.

We covered a range of topics from his Southern California upbringing, to his favorite sports teams, Día de los Muertos, and some tough past experiences he shared with humor.

Comedian and actor Felipe Esparza got his start as a comedian all because someone asked him to list five goals in life. During a stint in rehab before he was 21, Felipe was asked what he wanted out of life. As a young immigrant growing up in the projects in Boyle Heights (East L.A.) and then as a teenage father with a drug and alcohol problem, it was a difficult task because he had never thought that far ahead. Among the items on that list were "to be happy," and "be a stand-up comedian," because of how he connected to an old Bill Cosby album when he was younger. Up until that question, Felipe was under the impression that life was over at 18. For the rest of his bio go here.
Report a correction or typo
Related topics:
arts & entertainmentsan franciscocomedycomedianbay area events
Copyright © 2021 KGO-TV. All Rights Reserved.
TOP STORIES
Newsom visits KNP Complex, signs $15B climate bill
Oakland Unified approves COVID vaccination mandate for students
SF gamers line up early in hopes of scoring PlayStation 5
Bay Area Haitian Americans call for action as migrants seek refuge
OPD denounces city's rising violence after officer ambushed, shot
Bay Area tenants anxious as CA eviction moratorium nears end
US special envoy to Haiti resigns over migrant expulsions
Show More
No sign of Brian Laundrie as search enters day 5
COVID updates: CA considering school vaccine mandate
SJ to apologize to Chinese community for past atrocities
Warriors' Andrew Wiggins remains unvaccinated, source says, jeopard...
Mayor Breed, SFPD announce new organized retail theft strategy
More TOP STORIES News