What's it like to be on the 'Bachelorette'? Former Bay Area contestant gives advice to this year's local contestant 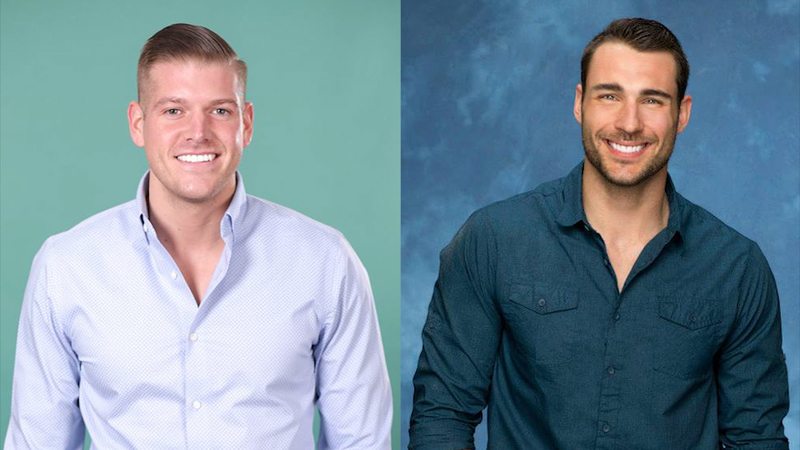 SAN JOSE, Calif. (KGO) -- Another season of "The Bachelorette" is set to premiere tonight on ABC7.

30 men will compete for the heart of returning star, Hannah Brown, including one from the Bay Area.

RELATED: Meet the 30 men competing for Hannah B.'s heart on 'The Bachelorette'

In his "Bachelor Biography", Donald is considered to be an old-fashioned guy who loves to bring flowers to a girl on the first date.

Hopefully, that mentality and character will help him win her heart on the show.

Nailed it! Cheers to a new season of #TheBachelorette, TONIGHT! 🥂 pic.twitter.com/Dr2Op9QUgu

But that may not be enough, so we reached out to a "Bachelorette" alum to give some advice to Donald on his search for love.

"My best advice for Matt, or words of encouragement, would be to be yourself," Former "Bachelorette" contestant, Ben Zorn, said. "While, yes, there are millions of people watching this show, they can usually tell if you're not being authentic. It's a small microcosm of who you actually are. The good, the bad and the ugly."

Ben Zorn, or "Ben Z" as he was known on his season, competed for the heart of Kaitlyn Bristowe in 2016.

He, like Donald, is a resident of the South Bay Area and has been through the excitement of "The Bachelorette" and even "Bachelor in Paradise".

Zorn played college football at San Jose State, but he said not even his sporting career could prepare him for life on "The Bachelorette".

"Just know that everything you do on the show will be recorded," Zorn said. "No matter what, they can use that however they see fit."

Many remember him for his friendship with his dog, Zeus.

He said the show may have blown his love for his dog out of proportion, which he says is common while on the show.

Anything and everything you do or say could be used on air.

Despite the almost "fish tank" like experience, he says the show is very exciting to be on.

RELATED: New 'Bachelorette' revealed: Hannah B. gets another chance at finding love

"It's an exciting first night for sure," Zorn said. "It's a lot like summer camp. You go and you meet up with a bunch of the other guys. You end up spending a lot of time, even more time, with the guys. You get to see the girl once or twice a week when you go on these dates, which is a blast. Before that, you're starting to spend most of the time with the guys. You start to build relationships and connections with the guys more than anything."

The relationships he built on the show have turned to friendships with fan favorites and season 11 fellow contestants Jared Haibon and Tanner Tolbert, to name a few.

It's just another thing that can come out of being on the show Zorn says.

"We all keep in touch, some more than others obviously. It's cool because we are all over the country. I visit my buddies in Chicago and go see some people in New York and we'll catch up. I'll crash at their place or whatever and so it's almost more like a fraternity."

Zorn was sent home by Kaitlyn in the sixth week of the show.

But, he was not sent home a loser.

He said that being on the show allowed him to think about his feelings, something he says most guys don't like to do.

Zorn also was able to travel and do things he never dreamed of, like rapping on stage and singing mariachi.

But being on the show led to meeting new people and even finding love.

"The show itself didn't 'work for me', if you will," Zorn said. "I didn't find love on the show. But it led to so many great opportunities and I got to meet so many amazing people. One of the amazing people is my current girlfriend. I am able to share the experiences that I have been able to do by myself and with her and experience life with somebody else and it makes it a little bit more special. He's going to have a lot of fun."

"The Bachelorette" has already filmed and completed, but the journey for Matt Donald and the other 29 men will play out on television beginning tonight.

Zorn will be watching to see how Donald does and who gets the final rose.

I don't know how long he's going to last, so you have to tune in to find out," Zorn said. "He should have a blast. I'm sure they're going to go to some crazy locations and it's going to be awesome. It's going to be good."

"The Bachelorette" premieres tonight on ABC7 at 8 p.m. and airs Monday nights until a winner is crowned.

Which one of these men will make it to the end? #TheBachelorette pic.twitter.com/13uxC8SApc