KGO
By Dustin Dorsey
FREMONT, Calif. (KGO) -- "I wish I could go back to that girl from Fremont, Calif. who loved to sing but thought there's no way that it could happen and tell her, 'Yes it can and it will,'" said "American Idol" contestant Ashley Hess.

When the latest season of "American Idol" premiered on ABC, we quickly learned of a contestant from the Bay Area who Katy Perry gave a joking slap to the face and said that she could win the whole competition.

Unfortunately the journey of Ashley Hess only made it to the top-14 contestants, but it was an experience she could not even have dreamed of while growing up in Fremont.

"I didn't really have a musical background besides just liking to sing around the house," Hess said. "I played piano by ear. I would hear things and I would try to play it on the piano. But it was just a hobby, I was more into sports. So I wish I could go back to that girl in Fremont, Calif. that was too scared and didn't think music could be a thing and shake her. I would do what Katy Perry did to me and just say 'Wake up!'"

Hess' unique sound and excellence on the piano made her a favorite of judges Lionel Richie, Luke Bryan and, of course, Katy Perry.

She cruised through her audition, Hollywood week and a trip to Hawaii as one of the top competitors on the show.

Hess made it look easy, but she said that everything is not as it may have appeared.

She moved from Fremont to Utah for school where she thought she would be a dental hygienist.

After a change of heart, she moved to Nashville, Tenn. to really dive into her singing career.

She made headlines long before her voice was heard on the "American Idol" stage.

Hess did a "Disney Medley" and shared it on her YouTube page.

The video has over 6-million views.

Still, there was no preparing Hess for the challenges that being an "American Idol" contestant would bring.

"The whole thing is so much harder than you would think it is," Hess said. "Most people think that it's scary just getting out there and performing on national television. Yes, that was scary. But, everything leading up to that was really hard. There's all the preparations for the performances and making sure that the performance was right and if I had the right arrangement. There's just so much that goes into it that I wasn't used to."

Hess says that this is one of the best seasons of talent that "American Idol" has ever seen.

When pressed, she couldn't pick out a winner or even a favorite. She said anyone could take home the prize.

She bases this on skills as well as not wanting to pick between any of what she calls her "Idol Fam."

Hess said that every day was an adventure and she still cannot believe she got to be part of it.

"The experiences that I had on the show, including performing with the band of that caliber, performing in front of those judges and all on national television live, was nothing like I had ever done before," Hess said.

In the days since she was eliminated from the show, Hess has been getting plenty of attention.

As is the case with many other past Idol contestants, you don't have to win to succeed.

Hess said that she has a few singing roles lined up in the coming days and even a chance to perform during the Idol finale.

"I've been so overwhelmed of the incoming requests from people asking me to perform for this show or sing here or there," Hess said. "It's a dream. I'm still trying to process it. People tell me that they know who I am, they like my music and they want me to play. To me, I'm like, 'you know who I am and you like what I do enough to bring me out to play?'"

Throughout the fame, the 27 year-old remains very gracious about her talents.

This only makes her more likeable and a bigger fan favorite.

Fremont is not one of the first cities you think of when talking about the Bay Area, but Ashley Hess helped bring light to her hometown and made everyone in the Bay Area proud while doing it.

"My 5th grade teacher at Parkmont Elementary school, Mr. Mills, put up a picture of me from 5th grade with the caption "Parkmont's American Idol." Just to see the community come together and support me was so overwhelming. So anyone that watched the show, voted, reached out or anything: thank you from the bottom of my heart. I am so grateful and it makes it all worth it." 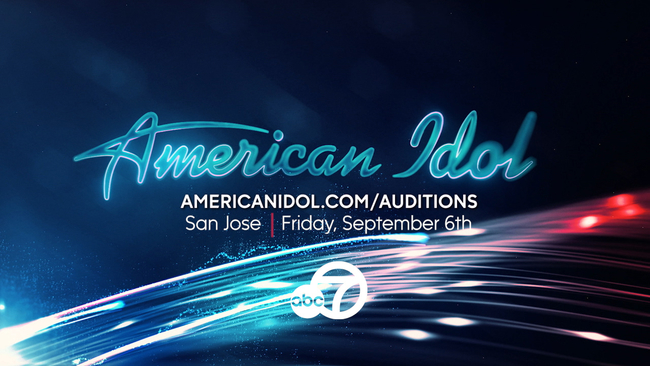